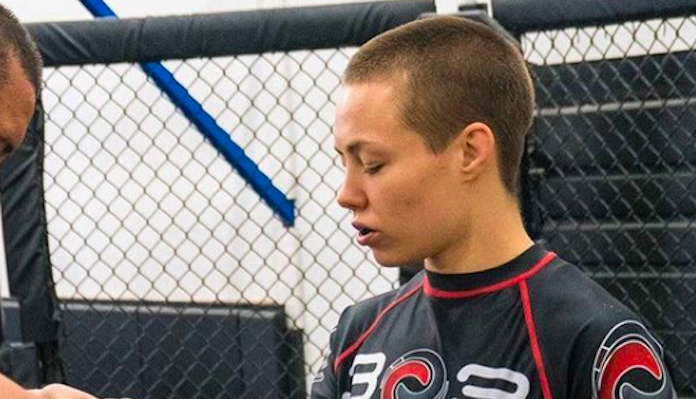 UFC strawweight champion Rose Namajunas has explained how being compared to Ronda Rousey impacted her against Carla Esparza.

This Saturday night at UFC 274, Rose Namajunas will attempt to cement her status as the best strawweight on the planet when she goes head to head with Carla Esparza. The two women have met before when they battled for the inaugural strawweight belt in December 2014 and on that night, Esparza submitted ‘Thug Rose’ and captured the title.

Now, after a five-fight win streak, Esparza has earned the right to battle Namajunas once again – this time with Rose as the champion.

In the most recent episode of UFC Countdown, Namajunas admitted that the Ronda Rousey comparisons that were being made in the lead-up to the first fight definitely impacted her performance.

“I didn’t really care about Carla. I didn’t think she was on my level. Being called the next Ronda Rousey, you don’t really think anybody is on your level. You know?”

Now, Namajunas appears to be far more down to earth and ready to take on just about any challenge that comes her way.

She’s beaten the best of the best but if she can overcome this test, it could serve as the most significant success of her career.

Do you expect to see Rose Namajunas defeat Carla Esparza at UFC 274?