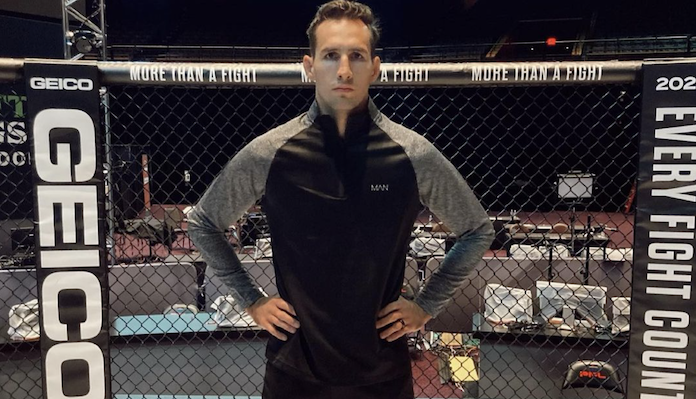 PFL welterweight contender Rory MacDonald has disputed the notion that all of the world’s top mixed martial artists are in the UFC.

MacDonald was one of the UFC’s top welterweights from 2010 to 2016, going 9-4 in the Octagon during that stretch, even fighting Robbie Lawler for the belt at UFC 189 in 2015. Since leaving the UFC, MacDonald traveled to Bellator, where he became that promotion’s welterweight champion, and now he’s in PFL, where he is one of the favorites to take down the $1 million grand prize in the organization’s 170lbs tournament. MacDonald might not be in his prime anymore but he’s still a quality welterweight even though he’s in PFL.

Speaking to Damon Martin of MMAFighting.com, MacDonald spoke about how tough the fighters are in organizations that aren’t the UFC. He believes that the UFC’s promotion is one of the reasons why so many people think its fighters are the best in the world, but as far as MacDonald is concerned, there are incredible fighters that exist in other promotions.

“I’ve been around different organizations, as well as the UFC, and I know full well that even though the media and the promotion with the UFC is so big, so guys are presented to be the best in the world there even though guys that are outside the UFC and just haven’t made a name for themselves, they’re just as dangerous,” MacDonald said.

“Guys in the PFL, they’re hungry, they’re motivated to make a name for themselves. They’re up-and-coming and they’re ready to fight hard so you can’t look past that at all.”

MacDonald next returns to the Octagon on June 17 when he headlines PFL 5 against fellow former UFC veteran Gleison Tibau in what is his second regular-season fight.

Do you agree with Rory MacDonald that there are still great MMA fighters not in the UFC?