‘The Reaper’ is fresh off his fight over Marvin Vettori at UFC Paris last Saturday. Whittaker outpointed the Italian fighter over the course of their three-round co-main event. The 31-year-old secured a unanimous decision victory, his fourth win in his last five contests.

That sole defeat for the Australian was his matchup with ‘The Last Stylebender’ in February. The main event of UFC 271 was a rematch of their prior encounter in October 2019. In that first bout, Adesanya secured a dominant second-round knockout.

Three years later, the middleweight title fight was much closer. However, once again, Whittaker came up short. This time, by unanimous decision after five hard-fought rounds.

Over the last few months, Israel Adesanya’s performances have been blasted as “boring” by certain fans and fighters. His recent spree of decision victories has not helped that reputation. However, his former opponent has his back.

In the UFC Paris post-fight press conference, Robert Whittaker discussed the champion’s recent criticism. The 31-year-old hit back at the idea that Adesanya has to be entertaining. In the eyes of Whittaker, the champion’s job is to win.

The former middleweight champion also had a laugh about the situation. Whittaker admitted that he would put on boring wrestling-heavy fights if he could win. 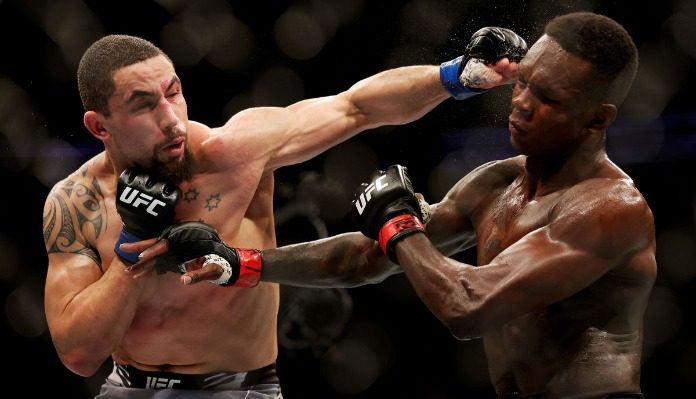 “I’m pretty sure he’s just paid to win. You know, that’s the most important thing whether it’s boring or not. You can have the most exciting fight of the night, [but] if you lose, no one is talking about you tomorrow. As cold as it sounds, winning is all that matters.”

Robert Whittaker continued, “If I could just take someone down, and hold them down until someone took them home, I would. [I] love my fans, but I would happily hug someone on the ground for 25 minutes if that gets me the [win]. That’s the sport we’re in.”

Do you agree with Robert Whittaker’s comments? Sound off in the comment section below!

This article appeared first on BJPENN.COM
- Advertisement -
This article appeared first on BJPENN.COM
Previous articleKamaru Usman laughs off Jorge Masvidal’s request of a title shot next: “That doesn’t really make any sense”
Next articleDaniel Cormier believes Nate Diaz has to take the fight to the ground to defeat Khamzat Chimaev: “I believe Nate has to go find his spots to give him a chance”