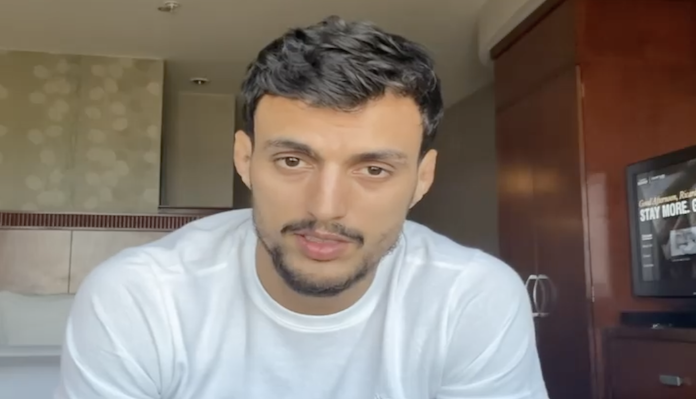 This Saturday’s UFC Vegas 24 card has lost a fight due to COVID-19 protocols as featherweights Bill Algeo and Ricardo Ramos are off the card.

Algeo vs. Ramos was expected to take place on the preliminary card for Saturday’s event, which is headlined by middleweights Robert Whittaker and Kelvin Gastelum. Unfortunately, the fight is now off after Ramos was pulled from the event due to COVID-19 protocols. The fighter himself announced on his social media in a video statement that he tested positive for COVID-19 and that’s why his fight with Algeo was canceled. Check out the video below.

“Hey what’s up guys? Just here to tell you guys my fight got canceled and we are out of this Saturday’s fight card. My COVID test was positive for COVID,” Ramos said. “But I just want to say thank you to all of my coaches and my team in Brazil. Thanks for the coaches… everyone that is always helping me and supporting me. Thanks for my family, my father and mother, and that’s it guys. I really appreciate all the support and we’ll be back soon. I hope I can be back as soon as possible. And let’s keep it up. It’s God’s plan now. Thank you so much. Oss.”

It’s worth noting that the UFC will not find a replacement opponent for Algeo for this weekend’s card. It’s not immediately clear if the promotion will look to re-book this fight between Algeo and Ramos for a future card or if both fighters will be given new opponents. Either way, hopefully, Ramos feels better soon and is able to get back into the cage. Though he’s not a household name, Ramos is still a very good young fighter who is 5-2 overall in the UFC. Ideally, the UFC can get this fight with Algeo re-booked soon.

Do you want the UFC to re-book the Ricardo Ramos vs. Bill Algeo fight?