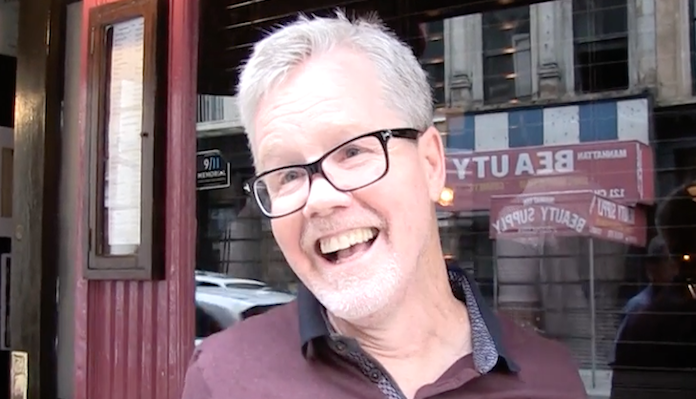 Roach is one of the greatest boxing trainers of all time, having worked with Manny Pacquiao for years, not to mention MMA fighters such as Georges St-Pierre and Tony Ferguson. In addition, Roach did some work with Askren for this camp, as UFC president Dana White hooked the two up. During their one week of training together at Wild Card Boxing in Los Angeles, Roach said he was impressed by the skills that Askren showed him.

“It was great working with Ben. He is a true professional and a class act. He came to Wild Card in great shape and sparred the first day and did 12 rounds of mitts with me, straight through, on the second day in addition to the usual roadwork and boxing drills. He is a quick study and has a great work ethic. He puts his punches together very well and with a lot of power,” Askren told MMAFighting.com.

In fact, Roach was so impressed by what he saw from Askren in his camp that he believes “Funky” will not only beat Paul on Saturday night but beat him by knockout.

“I refer to Jake Paul as the YouTube boob. I’ve seen video of him fighting and his press conference with Ben. It’s really hard for me to watch him too long,” Roach said.

“I know one thing, when Ben knocks Jake Paul on his ass on Saturday night, YouTube will have itself a new most-viewed video highlight.”

We will find out on Saturday night if all the training that Askren has been doing with Roach and others will be enough to overcome his physical disadvantages against Paul.

Do you agree with Freddie Roach predicting Ben Askren will knock out Jake Paul?