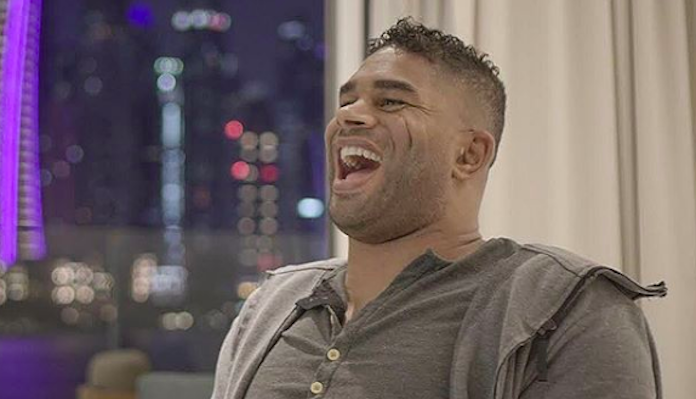 Former Strikeforce, Dream and K-1 heavyweight champion Alistair Overeem could be back in our lives quite soon.

According to a report from Farah Hannoun on Twitter, the decorated heavyweight star has been linked to a showdown with the debuting Sergey Pavlovich at UFC Beijing this November 24.

Alistair Overeem will enter this prospective battle on a two-fight skid, having recently been stopped by Curtis Blaydes and Francis Ngannou — who happen to be rematching in the UFC Beijing main event. Prior to these stoppage losses, Overeem was riding high on back-to-back wins over fellow legends Fabricio Werdum and Mark Hunt. These wins were preceded by a loss to the heavyweight champion Stipe Miocic. Overeem is 43-17 overall.

Sergey Pavlovich, meanwhile, will be making his UFC debut with an impressive, unblemished record of 12-0. The majority of his career thus far has unfurled under the Fight Nights Global banner, where he captured the heavyweight title. The Russian juggernaut has won all but two of his fights by way of knockout.

As aforementioned, UFC Beijing will be headlined by a heavyweight rematch between top-flight contenders Curtis Blaydes and Francis Ngannou. The pair first fought in 2016. On that night, Ngannou won via doctor stoppage.

Despite being just over a month away, the UFC Beijing lineup looks to be far from complete. Here’s how it currently stands:

What do you think of this Alistair Overeem vs. Sergey Pavlovich heavyweight showdown? Will it be the legend or the prospect that comes out on top in Beijing?