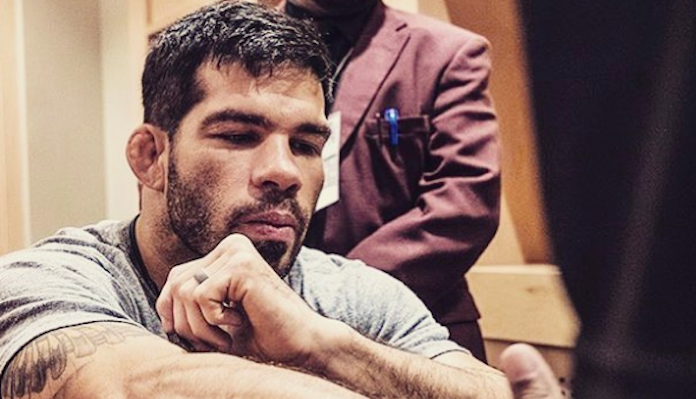 Assuncao and Garbrandt, the former UFC bantamweight champion, met in the co-main event of UFC 250 last Saturday night at the UFC APEX facility in Las Vegas. Assuncao had some success early, out-landing his foe in round one, but fell victim to a highlight reel, one-punch knockout in the final second of round two.

Speaking on Twitter on Monday, Assuncao shared his thoughts on this setback.

Obviously ,saw the Ko few times now that was a different 💡 👊🏼 I guess 😅 head is good shape.

“Obviously ,saw the Ko few times now that was a different 💡 👊🏼 I guess 😅 head is good shape.” – Raphael Assuncao on Twitter.

With this loss to Garbrandt, Assuncao is now on a three-fight skid, having also lost to Cory Sandhagen by decision and Marlon Moraes by submission recently. The 37-year-old Brazilian has long been viewed as one of the best bantamweights in the world, but as of yet, has not had the opportunity to fight for UFC gold.

Cody Garbrandt, on the other hand, could not have needed his dazzling knockout win over Assuncao more. The American entered the fight on a three-fight skid, having recently lost back-to-back title fights with TJ Dillashaw and a fight with Pedro Munhoz—all by knockout.

What do you think is next for Raphael Assuncao after his tough, stoppage loss to Cody Garbrandt at UFC 250 last Saturday?