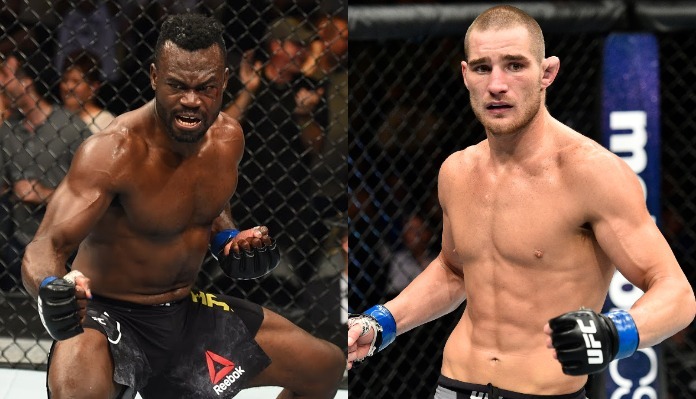 A key middleweight bout between Uriah Hall and Sean Strickland served as the headliner of tonight’s UFC Vegas 33 event.

Tonight’s UFC Vegas 33 headliner proved to be a rather one sided affair. While Uriah Hall showed a ton of heart in fighting the full twenty-five minutes, he had little to offer Strickland this evening. Instead, Sean Strickland shined in his first career UFC main event outpointing ‘Prime Time’ for the majority of their five-round contest.

Check out how the pros reacted to Strickland vs. Hall below:

I actually sparred with Uriah hall a few months ago, his movement felt awesome. I got my money on him tonight.

These middleweights are tall , long , rangy and throwing heat ! 🔥

That was Sean’s round but I sense that Uriah started to get more comfortable with Sean’s style. #UFCVegas33

Strickland not sitting and taking no coaching !

I didn’t know who Strickland was before but man I sure do now. Ground and pounding his opponent while telling him to get up because he wants to keep fighting.

Sean doesn’t even care about the sub he just wants to big brother Uriah! #UFCVegas33

Great fight in the main event. Hall vs Strickland , thanks for a fun UFC 4oz glove boxing match fellas ! Respect !

Hell with all that. give that man the stool @ufc

Who would you like to see Sean Strickland fight next following his unanimous decision victory over Uriah Hall at tonight’s UFC Vegas 33 event? Share your thoughts in the comment section PENN Nation!