Zhang (21-2 MMA) was returning to the Octagon for the first time since her thrilling split-decision victory over Joanna Jedrzejczyk at UFC 248, which served as her first career title defense. The Chinese standout had captured the promotions 115-pound title with a first round TKO victory over Jessica Andrade back in August of 2019.

Meanwhile, Rose Namajunas (10-4 MMA) had entered tonight’s UFC 261 event with hopes of reclaiming the title she once held. ‘Thug Rose’ most had most previously competed at UFC 251 in July of 2020, where she earned revenge against Jessica Andrade by way of a split-decision victory. 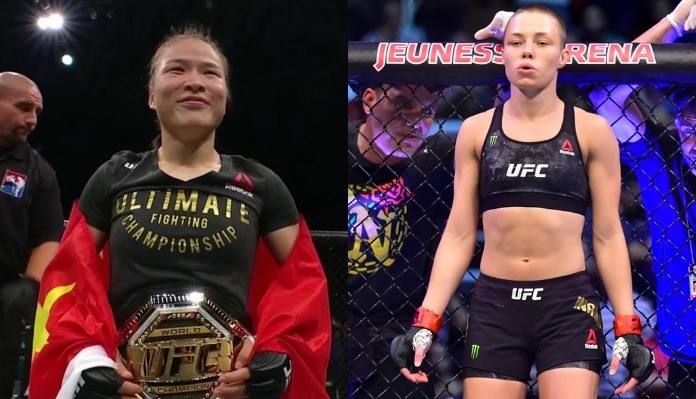 Tonight’s UFC 261 co-headliner produced another nasty finish, as Rose was able to flatten Weili with a head kick early on the fight. Namajunas would follow up with ground and pound which prompted the referee to step in and stop the fight.

Check out how the pros reacted to Namajunas defeating Zhang below:

I think Rose’s footwork-fluidity jab, and back step counter left hook will be her keys to win this matchup.#ufc261 #dominickcruz #teamcruz #ESPNplus #UFC @ufc @espnmma

I think its ridiculous that people are booing Weili

USA in this hoe @ufc

Who would you like to see Rose Namajunas fight next following her KO victory over Weili Zhang this evening in Jacksonville? Share your thoughts in the comment section PENN Nation!