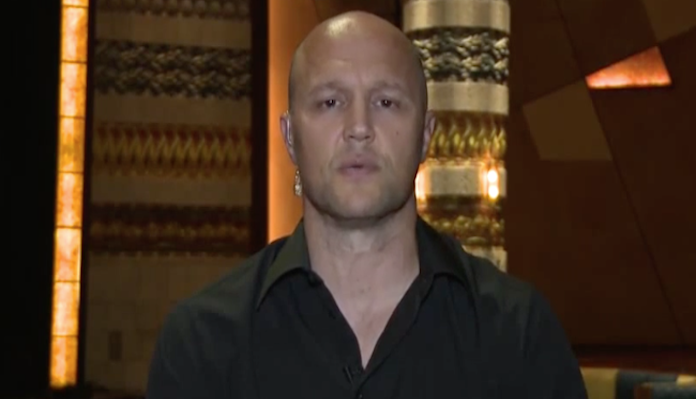 A tweet that has become some sort of meme in the MMA community from former Bellator boss Bjorn Rebney managed to make the UFC 264 broadcast.

In June 2014, Rebney tweeted out the word “Mexico!!” and to this day, fans still occasionally retweet him when a Mexican MMA fighter does something amazing. Last month at UFC 263, Brandon Moreno defeated former UFC flyweight champion Deiveson Figueiredo to take home the belt, which led to a number of fans retweeting the old Rebney comment. But no one could have predicted that this old tweet would make a UFC show.

At UFC 264, women’s bantamweight Irene Aldana defeated Yana Kunitskaya via first-round knockout. During the Mexican fighter’s post-fight interview with UFC commentator Joe Rogan, the UFC broadcast crew put up a number of tweets from fans, and somehow the old Mexico tweet from Rebney managed to show up on the Poirier vs. McGregor 3 PPV show.

The UFC broadcast team was likely just having some fun in the production truck. The infamous Mexico tweet is something that many MMA fans know about and again, it gets occasionally retweeted when a Mexican fighter has a standout performance. But to see this old Rebney tweet during the UFC 264 broadcast was very surprising, to say the least.

As for Rebney himself, the former Bellator bossman has pretty much fallen off the map ever since he left Bellator. He did temporarily try to start an MMA fighters’ association with a number of high-profile fighters five years ago, but it never came to be and we haven’t heard much from Rebney ever since then. Although Rebney is no longer involved in mixed martial arts, his influence on the sport continues with Bellator. And, occasionally, when we see the Mexico tweet pop up.

What do you think of the old Bjorn Rebney tweet making the UFC 264 broadcast?