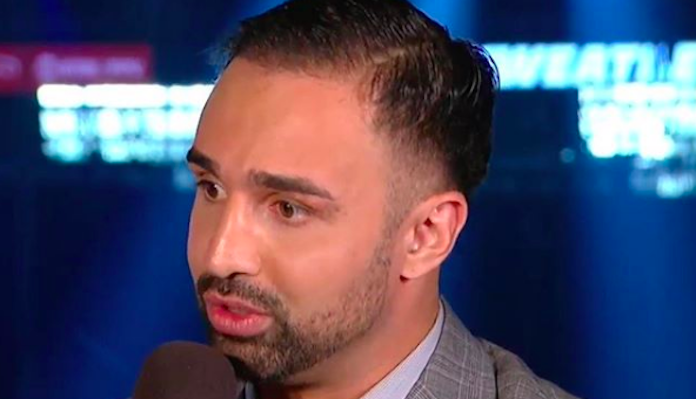 The “Magic Man” recently sat down with MMAJunkie Radio where he shared his thoughts on the brash UFC boss.

“He’s such a dirtbag,” Malignaggi said. “I don’t know how nobody beat the (expletive) out of him yet, honestly. I think he’s been (expletive) people forever. I’m not going to put anybody on the spot or mention names, but I have not met a single person that fought for Dana White that’s had anything good to say about Dana White.”

Malignaggi made headlines back in 2017 this after he served as a sparring partner for Conor McGregor ahead of the Irishman’s high profile boxing match with Floyd Mayweather.

That sparring contest resulted in a bitter rivalry between Malignaggi and McGregor, and the two have been at each others throats ever since.

Despite his dislike for “Mystic Mac“, Malignaggi acknowledges that the Irishman is by far the biggest star the sport of MMA has ever seen.

However, like every other UFC fighter on the roster, Paulie Malignaggi believes that Conor McGregor is also being “raped” by Dana White.

“As a fighter, you have to be compensated right, because there’s no show without you,” Malignaggi said. “You’re being basically pimped out anyway. You’re choosing to be pimped out, because it’s the life you choose to have. But there’s still an etiquette in which you treat these guys, and (White) is an animal. He has no etiquette.”

“I can’t really say I had a conversation with Conor Mcgregor about Dana White, but he’s the only guy I see chumming around with Dana White as a fighter. Which is ironic, because he got ass-raped more than anybody on that Mayweather fight by Dana,” Malignaggi said. “… Half his money taken on the Mayweather fight by Dana White. Half his money. If I make $80 million, and you take 40 before I have to pay anybody else or anything? Buddy, we’re fighting. Like, I’m fighting you. And I’m definitely not going to chum around and be buddy-buddy with him. …I couldn’t get the 80 million unless you rape me. OK, so I’m going to have to get raped by you. But we’re not friends, though. I’m going to have to give it to you, but we’re not friends. You know what I’m saying? You can do that. And (McGregor’s) also the biggest star in the sport basically. You’ve got the ability to help other fighters.”

“If you’re going to back your guy, even a guy that is applauding the guy who’s (expletive) you, and shaking hands with him and hugging him, which is not helping your cause because you’re not going to get to a better life, because nothing’s going to change,” Malignaggi said. (McGregor) could be the only guy that might make a change. Instead of applauding, chumming around with (White who is) raping everybody, I don’t know how any of these fighters even respect the guy.”

What do you think of the recent comments from Paulie Malignaggi regarding UFC President Dana White? Sound off in the comments section PENN Nation!