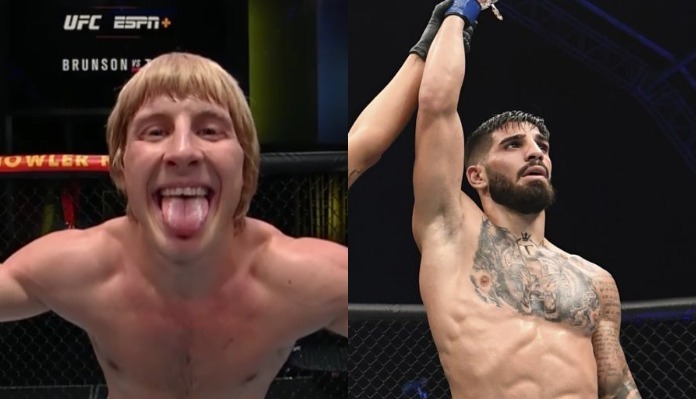 Paddy Pimblett and Ilia Topuria have reignited their feud, engaging in a heated back and forth on social media.

The fighters have a history that spawns back to a physical altercation at March’s UFC event in London. Punches and bottles were thrown at the host hotel prior to weigh-ins, but both men went on to compete and win their respective fights in spectacular fashion that same weekend. 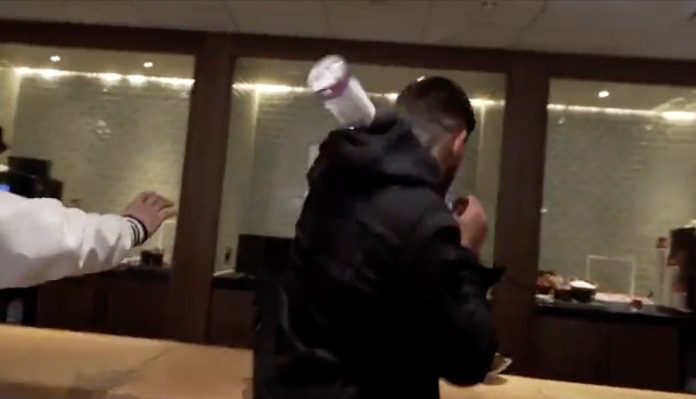 Paddy Pimblett and Ilia Topuria continued to take verbal shots at one another following UFC London. However, their back and forth slowly seemed to fade after they were booked against different opponents.

That all changed on Monday afternoon after a fan tagged Pimblett in a tweet, saying he wouldn’t fight Topuria. ‘The Baddy’ responded with the following:

“Everybody says they want to fight me bro, called clickbait! What do u think he chatted shit for an cause a scene in London? So ppl actually knew who he was

. Nobody even knew him until I bounced a bottle of his head the lil bum, I see him all week with no cameras an he do nothing!”

Those comments obviously did not sit well with Ilia Topuria, who fired back at the Englishman calling him a “d*ck sucker” in Spanish.

“Pretty homophobic don’t ya think mate? What if I actually did? What would u say then? Fucking weirdo u stop using my name for publicity u little bitch stick to being homophobic in your own country.”

Topuria then replied by suggesting that “he knows” Pimblett is a “d*ck sucker” while adding that there is nothing wrong with that.

“I know that (you are a d*ck sucker) eres un come pinga, that’s why I said it. There is nothing wrong with it, I have never tried it so I don’t know if it’s good or bad but you can keep on enjoy it paddy the baddy, remember I’m your daddy.”

I know that eres un come pinga, that’s why I said it. There is nothing wrong with it, I have never tried it so I don’t know if it’s good or bad but you can keep on enjoy it paddy the baddy, remember I’m your daddy 😎 https://t.co/y1IBD8DbYP

Topuria (12-0 MMA), who has competed at both featherweight and lightweight in the UFC, says he will fight Pimblett whenever. With that said, it remains unlikely that the promotion will book the two budding stars anytime soon.