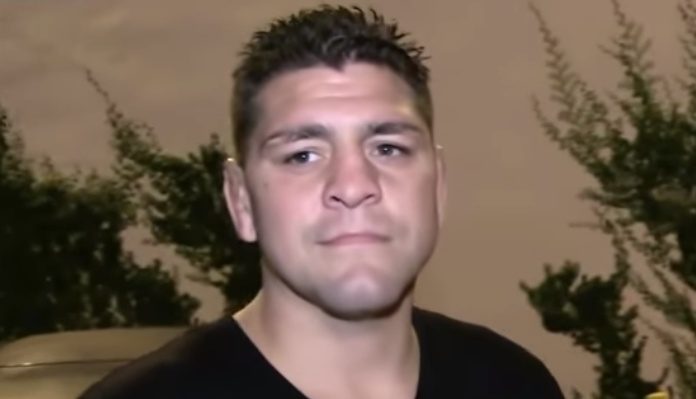 UFC fan-favorite Nick Diaz will be in welterweight title contention with a big win at UFC 266, says his longtime teammate, Gilbert Melendez.

Diaz takes on Robbie Lawler in a five-round, non-title welterweight rematch at UFC 266 this Saturday night. The two rivals previously met way back in 2004 at UFC 47, with Diaz knocking Lawler out 17 years ago. All these years later and the two will now rematch. While neither man is ranked right now, it’s a big enough fight that Diaz’s teammate believes that “The Stockton Bad Boy” will move into title contention at 170lbs with a win.

Speaking to MMAFighting.com in a recent interview, Diaz’s longtime friend and teammate Melendez argued that Diaz will immediately jump into title contention with a big win over Lawler this weekend. As far as Melendez goes, the fact that Diaz is such a big name is helpful for everyone involved with this weekend’s UFC 266 pay-per-view event.

“It’s huge. It’s a win for everybody. If I’m Brian Ortega and (Alexander) Volkanovski, I’m pumped that I have these guys on the card that I’m headlining. These guys are going to bring eyeballs to me. If Nick is successful and he wins, of course, he’s in title contention. Everyone’s going to campaign to fight him. Everyone wants to challenge the legend. It only brings your stock up,” Melendez said of Diaz.

“We recognize now we’re not in the fight business, we are in the entertainment business. So you have to be a great fighter but you also have to entertain. You could be Conor McGregor with a 1-2 record and come back and just sell out arenas and they’re going to get the right fights because of that. So yes, it would be huge for Nick to be back, to win. All of a sudden, he might be directly for a title shot.”

Do you think Nick Diaz will get a title shot if he beats Robbie Lawler at UFC 266?