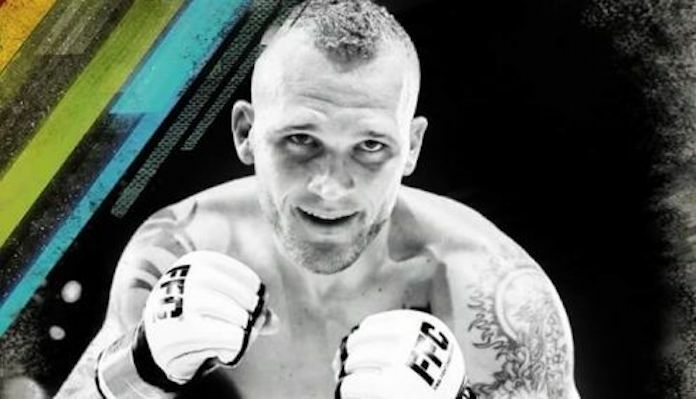 Former MMA fighter Tyler East, the brother of UFC veteran Cody East, was shot and killed in a domestic dispute on Monday night in New Mexico.

According to New Mexico State Police in a report from KOB4, the 30-year-old East was shot and killed near the airport in Los Lunas. Police responded to a call about domestic violence and they found East dead and his girlfriend with a gunshot wound. According to police, East and his girlfriend got into a domestic dispute and East shot her and dragged her out of the house. East was then allegedly shot by someone else, who killed him. The person who shot East fled the scene before police arrived, and New Mexico police are still looking for this person. According to the report, East’s girlfriend is at a hospital and is in stable condition.

According to MMAjunkie.com, East had prior arrests for domestic violence and other violent acts. In 2009, he was accused of beating up another student at his high school and was given probation. In 2012, East was arrested for allegedly going on a cocaine binge and attacking his ex-girlfriend. The report states that East was indicted on “charges of kidnapping, aggravated burglary, aggravated battery, and bribery of a witness.”

Tyler East (15-6) began his MMA career in Bellator and went on to fight for a number of regional promotions such as King of the Cage and Legacy Fighting Championship. His most notable victory came over UFC veteran Fabiano Scherner in 2012. Otherwise, he doesn’t have any other notable victories in his career, though he also has a notable loss to PRIDE veteran Sergei Kharitonov. The last time we saw East compete was in 2016 when he lost via TKO to Brian Heden in Legacy FC. East’s brother Cody fought twice in the UFC in 2016, losing by knockout to Curtis Blaydes and Walt Harris.