Miesha Tate appears to have ruffled some feathers after rejecting the idea of pursuing a “desperate” OnlyFans career.

The UFC’s former bantamweight champion, Tate (19-8 MMA), recently responded to a fan on YouTube that suggested she start an OnlyFans account with the following:

“No where in this video did I say I was desperate.” – Cupcake replied.

Miesha Tate’s use of the word “desperate” did not sit well with many individuals, including fellow UFC bantamweight fighter Julia Avila. ‘Raging Panda’ commented on WMMARankings Instagram post with the following words:

“This is aggravating. Yes women have an only fans and what of it? Maybe they want attention. Maybe they want an extra dollar. Maybe they just WANT TO CELEBRATE THEIR WOMANHOOD AND HOW FUCKING GORGEOUS THEY ARE. it’s not our place to judge or to tear down another woman for it. Fix your crown queen before casting stones on another because, honey, NONE of us are without fault and it’s a hard fucking world without having to tear one another down. 🐼💜 rather than criticizing how about, ‘it’s not for me’, plain and simple.” 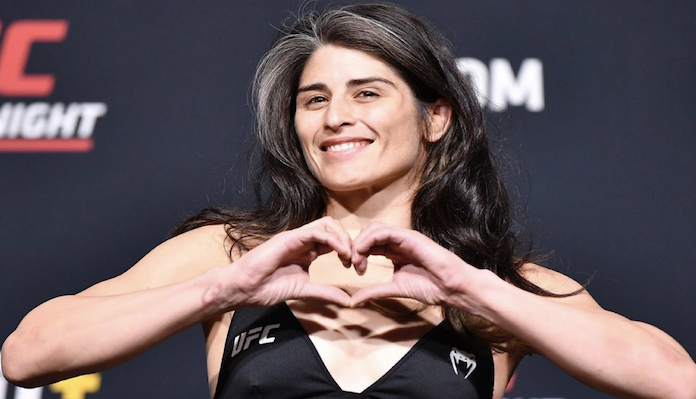 Julia Avila concluded by giving Miesha Tate the benefit of the doubt:

“I really hope that this was taken out of context because I’ve always respected her as a role model for other people. So I’ll give the benefit of a doubt.”

OnlyFans currently houses a number of female fighters including the like of Paige VanZant, Jessica Andrade, Jessica Penne, Kay Hansen, Bec Rawlings amongst others.

According to Andrade, her decision to create a OnlyFans account has proved very lucrative.

Back to Miesha Tate, the former UFC champion is currently contemplating a move down to 125lbs. ‘Cupcake’ suffered a unanimous decision loss to perennial bantamweight contender Ketlen Vieira (12-2 MMA) in her most recent effort.

What do you think of female UFC fighters creating OnlyFans accounts for extra income?

This article appeared first on BJPENN.COM
Previous articleSean O’Malley reacts after the UFC raises PPV prices: “What the hell are we doing here Dana?”
Next articlePaddy Pimblett unloads on Diego Sanchez for calling him a clown: “You’re the laughing stock of this whole sport”
© Newspaper WordPress Theme by TagDiv