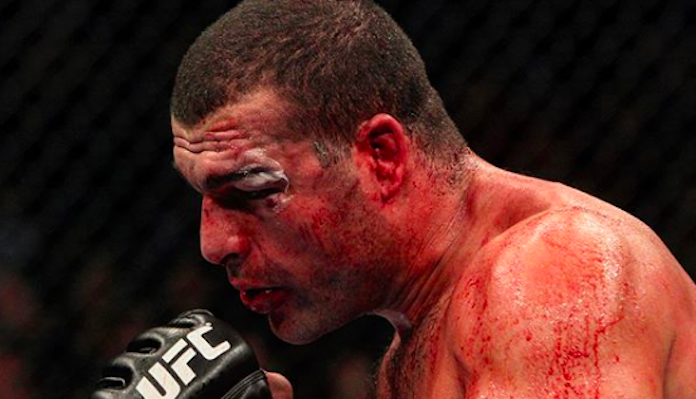 UFC legend Mauricio “Shogun” Rua wishes the UFC allowed stomps so he could pull off his signature move from the PRIDE days.

The UFC follows the Unified Rules of Mixed Martial Arts, which do not allow the use of stomps or soccer kicks to grounded opponents. That’s in contract to PRIDE, where Rua became a household name back in the 2000s. It was in PRIDE where Rua finished several opponents — including fellow legend Quinton “Rampage” Jackson — via stomp or soccer kicks, which were legal blows in that promotion. The UFC used to allow them, too, up until the introduction of the Unified Rules.

During Rua’s fight against Paul Craig at UFC Sao Paulo, which resulted in a controversial split draw, there were several moments where Rua was standing above Craig on the ground and could have pulled off a stomp or soccer kick move if it was allowed. As it stands, Rua wasn’t allowed to do either move or he would have been penalized.

During the UFC Sao Paulo post-fight press conference, a reporter asked Rua if he wishes the UFC allowed stomps. Here’s what the legend said.

“Yeah, many moments in the fight I was on top on the ground and I could only wish for stomping. There’s a lot of people (in the audience) screaming for me to stomp,” Rua said.

Unfortunately for Rua, he was not allowed to stomp Craig and instead had to settle for top positional control and punches from the guard. Though many felt that Rua deserved to win the decision, the judges were split on the verdict and called the fight a split draw. Perhaps the use of stomps or soccer kicks would have been the difference in the outcome of the fight, but we are a long time from the PRIDE days and Rua — or any UFC fighter for that matter — isn’t allowed to use those moves anymore.

Do you wish the UFC allowed the use of stomps and soccer kicks?