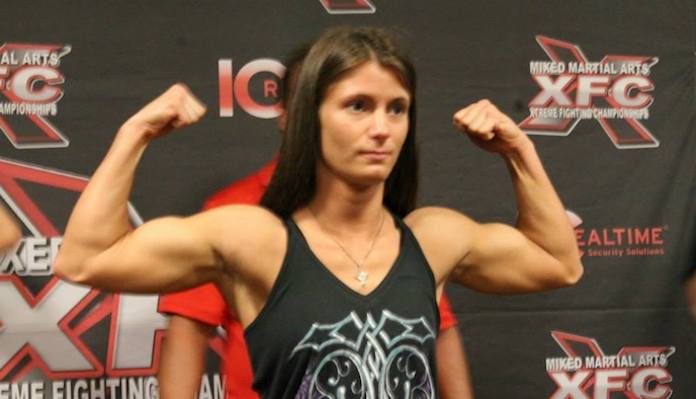 TUF 26 competitor Maia Stevenson has been removed from the card due to undisclosed reasons and as a result, Maycee Barber will now face newcomer Hannah Cifers. Barber revealed the news in a recent interview with Fightful.

Maycee Barber (5-0) made quite the impression on Dana White’s Tuesday Night Contender Series back in July when she finished Jamie Colleen in the third round. The 20-year-old’s performance was impressive enough to earn her a UFC contract. Ahead of this matchup, Barber mentioned that she’s training at Factory X. The Colorado native has finished four of her five career opponents.

Hannah Cifers (8-2) heads into her UFC debut on a five-fight win streak. The 26-year-old is coming off a first round finish over Invicta FC veteran Kali Robbins at Next Level Fight Club 9 in September. Cifer’s two career losses are to current UFC flyweight Gillian Robertson and TUF 20’s Heather Clark.

UFC Fight Night 139 takes place at the Pepsi Center in Denver, Colorado on Nov. 10. Here’s an updated look at the card.