Luke Rockhold doesn’t know if he will ever step foot inside the Octagon again. But, if he does, it definitely won’t be for a second fight with Chris Weidman.

The two fought at UFC 194 where Rockhold TKO’d Weidman in the fourth round to become the middleweight champion. It was a phenomenal fight, and many wanted to see them run it back. The pair were slated to rematch at UFC 199, but Weidman got hurt and Michael Bisping filled in and ended up knocking Rockhold out cold. With that, a rematch between Rockhold and Weidman no longer made sense.

Now, however, both Rockhold and Weidman are coming off of knockout losses in their light heavyweight debuts. Some believe the timing is right for a rematch but Rockhold makes it clear that does not interest him. As he believes he settled the rivalry in their first fight.

“I don’t really have it in me right now. I don’t feel like it is a rivalry. It was one to zero. I wish the best for Chris and I have no interest in pursuing that at this point,” Luke Rockhold said on Submission Radio. “Fighting kind of consumes your life. You can’t focus on other things. It is nice to take a break, I have been doing this thing for so many years, almost 14 years now. So, I’m chilling and working on other businesses, working on other ventures and I’m having fun doing it. It’s nice to kind of have that off your shoulders. I get to enjoy my family and friends and not miss out on everything because I have a fight coming up.” 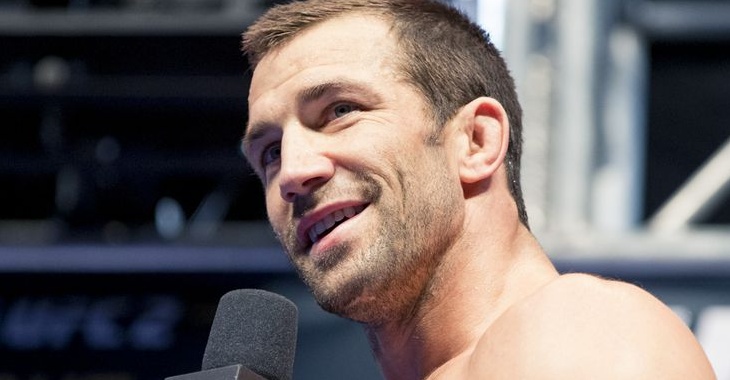 Rockhold recently said he is enjoying not fighting and uncertain if he will ever compete again. In his last fight, he suffered a second-round knockout loss to Jan Blachowicz at UFC 239. Before that, he was knocked out by Yoel Romero.

Chris Weidman, meanwhile, was knocked out by Dominick Reyes in the first round at UFC Boston and before that was finished by Jacare Souza.

What do you make of Luke Rockhold saying he has no interest in fighting Chris Weidman again? Sound off in the comment section, PENN Nation!