Khabib Nurmagomedov has not competed since scoring a submission victory over Justin Gaethje in the main event of UFC 254.

The impressive win served as Khabib’s 29th in a row and third consecutive defense of his UFC lightweight title. Immediately after putting Gaethje to sleep, Nurmagomedov proceeded to announce his retirement from mixed martial arts. The undefeated Russian cited the recent death of his Father as his reason for walking away.

While Khabib Nurmagomedov looked as impressive as ever in his victory over ‘The Highlight’, he recently revealed that his training camp for UFC 254 was less than stellar.

According to ‘The Eagle’, he had to spend a couple of days in ICU due to a battle with mumps.

“I started feeling worse on the plane and when we arrive, I get a high fever,” Khabib said in a recent interview (via MMAMania). “It was getting really bad and after a while, I was taken to the hospital, and I had intensive care for five days. It was really bad.”

Khabib Nurmagomedov was certainly not downplaying his symptoms, as he shared the following photo of his swollen face taken just over a month out of UFC 254. 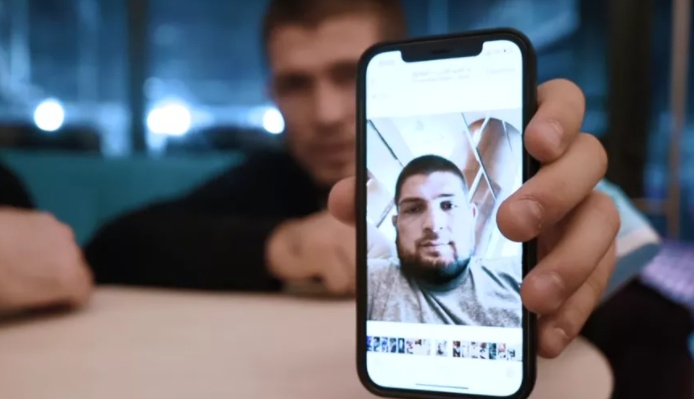 Due to his battle with mumps, ‘The Eagle’ was not able to begin his fight camp for UFC 254 until September 24. That left Khabib thirty days to get prepared for what many believed would be the toughest fight in his career against Gaethje.

To make matters worse, when Khabib Nurmagomedov finally did begin training, he wound up breaking his thumb.

Despite the seemingly overwhelming adversity, which included the death of his father, Nurmagomedov still made the walk to the Octagon on October 24.

“I was having so much (to deal with) with this fight, the disease and fractures,” he said. “At the end of the day, we decided to keep the fight on.”

Do you think we will see Khabib Nurmagomedov return to the UFC for one final fight? Share your thoughts in the comment section PENN Nation!