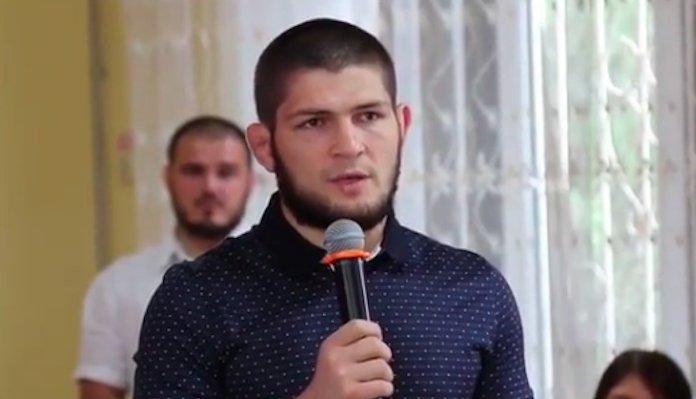 UFC lightweight champion Khabib Nurmagomedov is hoping to bring the sport of mixed martial arts to the Olympic games.

Nurmagomedov last fought in the main event of UFC 254 last month, when he defended his title with a submission of Justin Gaethje and improved to 29-0 as a pro—easily one of the best records in the sport’s history.

Post-fight, Nurmagomedov surprised fans by announcing his retirement from MMA. While there seems to be a slight chance he’ll end up fighting once more, he’s already begun to focus on other things outside of his own MMA career, such as bringing the sport to the Olympics.

Nurmagomedov outlined this ambitious plan during a press conference in Moscow on Wednesday.

“The inclusion of MMA in the Olympics is one of my main tasks for the next couple of years,” Nurmagomedov said in Russian (translated by Essentially Sports). “We are already working in this direction. In the near future, I will have many meetings, including with the president of the Olympic committee. I think, if not in Paris, then in in Los Angeles we have a great chance of promoting MMA.”

Many organizations have worked to bring MMA to the Olympics over the years, but as of yet, the sport still hasn’t been accepted by the IOC. Part of the objection seems to be the violent nature of the sport—but Nurmagomedov sees that as a surmountable hurdle, particularly when paired with the viewership boost MMA would provide.

“The only question is the cruelty of the sport,” Nurmagomedov said. “This is not encouraged at the Olympics. They do not want there to be a lot of blood. But in terms of recognition, sponsorship, in terms of interest for television, MMA, I think that if it enters the Olympics program, it will be on a par with football and athletics in interest.”

While MMA is not an Olympic sport, many Olympic athletes have gone on to thrive in MMA, such as former Olympic judokas Ronda Rousey and Kayla Harrison, and former Olympic wrestlers like Daniel Cormier, Dan Henderson, and Ben Askren.

Do you think Khabib Nurmagomedov can help bring MMA to the Olympics?