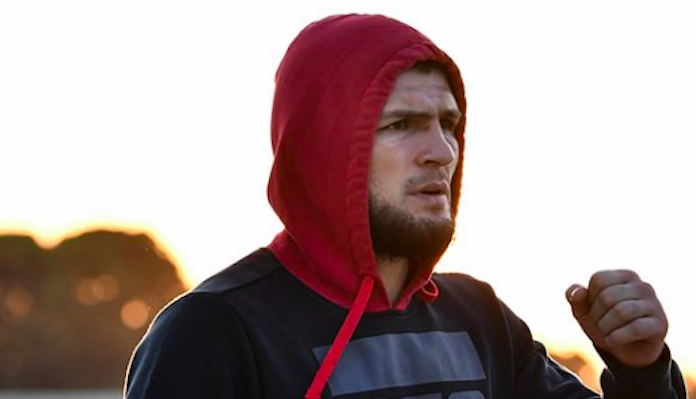 UFC lightweight champion Khabib Nurmagomedov is undecided on when he’ll hang up his MMA gloves and call it a career.

Nurmagomedov has never made any secret of the fact that he intends to retire from competition at a relatively young age, but as he closes in on a perfect, 30-0 record, and mourns the loss of his father and coach Abdulmanap, his retirement seems closer than ever.

Speaking at a recent press conference in Russia, the lightweight champion opened up on his retirement plans, explaining that he’s been feeling some indecision to that end.

“As far as retirement, I’ve been having lots of different thoughts,” Nurmagomedov said (via RT Sport). “Right now I’m thinking of my next fight. We’ll see what happens next. Right now I’m 31, I’ll be 32 in September. That’s a significant age. I’m no longer a rookie. Looking back at how much time I’ve invested in the sport, it’s fair to say I’m a veteran. I’ve been a professional fighter for 12 years, since 2008. I’ve been in the UFC more than eight years. If you look back, I’ve had an excellent career.

“Right now I’m motivated to come back, to fight, to keep busy, and I think the best place to do is where I am considered a professional,” Nurmagomedov added. “Then we’ll see what’s next. This whole year I’ve dedicated to training, my regimen – morning and evening training, diet, all of this helps distract me from everything that’s happening around me.”

Khabib Nurmagomedov, who is a perfect 28-0 as a professional mixed martial artist, captured the UFC lightweight title in early 2018, when he defeated last-minute replacement opponent Al Iaquinta in a fight for the division’s vacant championship. Since then, he’s defended the title twice: first with a submission of Conor McGregor in late 2018, then with a submission of Dustin Poirier in September, 2019. Other highlights of his record include wins over top-flight foes like Rafael dos Anjos, Michael Johnson and Edson Barboza.

Nurmagomedov is currently scheduled to defend his title against Justin Gaethje in the main event of UFC 254 on October 24. How much longer do you think the champ will continue fighting?