Khabib Nurmagomedov explains why he wouldn’t sign former teammate Luke Rockhold to Eagle FC: “He has nothing to prove here”

Nurmagomedov, 33, officially retired from the UFC back in March of 2021 with a perfect record of 29 wins and zero losses. Khabib was the longest-reigning UFC Lightweight Champion, having held the title from April 2018 to March 2021.

Luke Rockhold (16-6 MMA) recently announced his retirement from the UFC after his loss to Paulo Costa (14-2 MMA) last Saturday night, August 20th in the co-main event at UFC 278.

Prior to UFC 278, Rockhold had been out of the Octagon for 3 years and had not won a match since September of 2017 where he defeated David Branch (22-7 MMA) via TKO.

Khabib Nurmagomedov is known for offering a new home to fighters departing the UFC, such as Diego Sanchez, Kevin Lee and others. 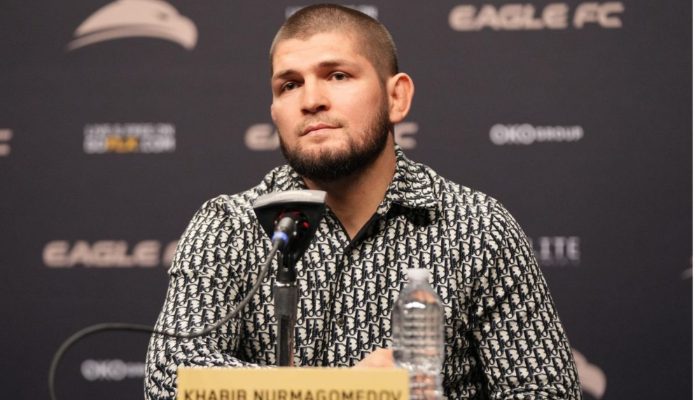 In speaking with ‘Red Corner MMA’, when asked about the possibility of Luke Rockhold coming over to his promotion, Khabib had this to say (h/t MMANews):

“I don’t think so. (Rockhold) was a Strikeforce champion. He was a UFC champion. He has nothing to prove here, I believe he does not have to fight anymore.”

Nurmagomedov and Rockhold were former AKA (American Kickboxing Academy) teammates.

Do you agree with Nurmagomedov that Rockhold has nothing to prove? Who would you like to see Eagle FC sign next?

This article appeared first on BJPENN.COM
- Advertisement -
This article appeared first on BJPENN.COM
Previous articleChris Weidman still training, hoping to return “middle of next year,” reveals Stephen Thompson
Next articleDaniel Cormier questions the purpose of Nate Diaz vs Khamzat Chimaev following UFC 278: “I feel like for Chimaev, this is just another scalp on his resume”