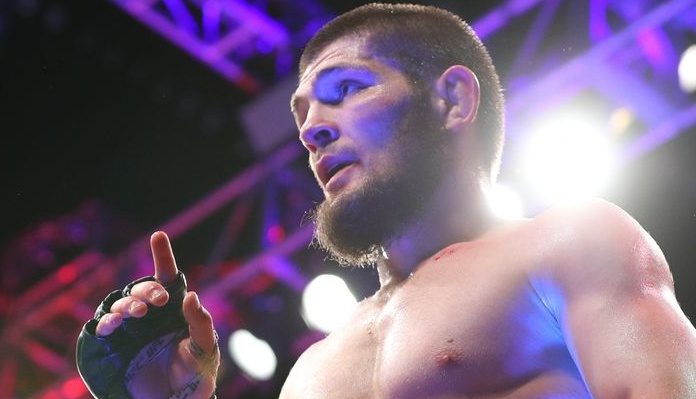 Back in January, UFC lightweight champ Khabib Nurmagomedov was finally punished for his role in the frenzied brawl that followed his UFC 229 fight with Conor McGregor. The Dagestani champion received a $500,000 fine and a nine-month suspension, which can be reduced to six months if he completes an anti-bullying PSA approved by the Nevada State Athletic Commission (NSAC).

Nurmagomedov will not be partaking in the NSAC’s proposed PSA — he recently made his thoughts on that quite clear. Furthermore, the champ actually plans to sit out until November, standing in solidarity with his teammates Zubaira Tukhugov and Abubakar Nurmagomedov, who were suspended for one year for their roles in the brawl.

Given that he will not be fighting for some time, Khabib Nurmagomedov expects the UFC to create an interim lightweight title to keep the division moving in his stead. He believes Tony Ferguson and Dustin Poirier are the most likely candidates for this interim title fight.

“I think that they will create an interim title,” Khabib told the Russian outlet Sportbox (translation via RT Sport). “It could be between Poirier and Ferguson. Whoever wins will become the interim champion, and then at the end of the year we will fight for the real belt.

“I think that could happen. At the moment I don’t know for sure.”

How do you think the UFC will handle the prolonged absence of Khabib Nurmagomedov? Will we see Tony Ferguson and Dustin Poirier fighting for the interim title this year?