Julianna Pena believes Taila Santos should have got the nod over Valentina Shevchenko at UFC 275.

It was Santos (19-2 MMA) vs Shevchenko (23-3 MMA) on Saturday June 11th, 2022 in the women’s flyweight co-main event. ‘Bullet’ was awarded the win over Santos via split decision, giving her a record 9 victories in a row and her seventh title defense.

Speaking in an interview with ‘The Schmo’, Julianna Pena commented on the fight saying:

“I had Taila winning. She beat her with one eye, and she still lost. It was horrible.”

Continuing, Pena believes the judges got it wrong (h/t MMAJunkie):

“I know that me and Valentina also have some unfinished business that I would like to get that rematch and run it back, as well. But I definitely thought that Taila did enough to win, and I was disappointed that she didn’t get the nod.” 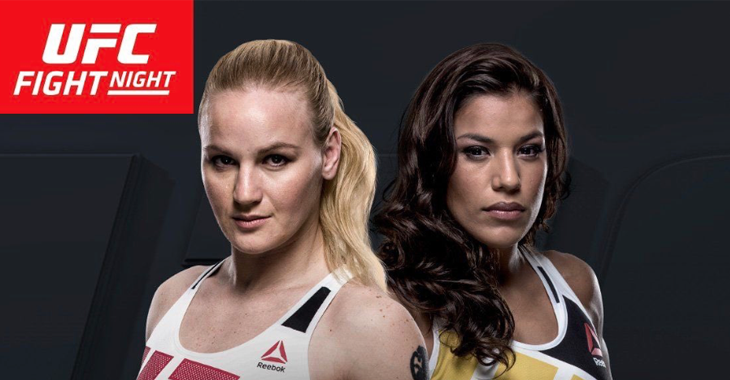 Valentina Shevchenko and Julianna Pena also met in the Octagon back in January of 2017 where she submitted ‘The Venezuelan Vixen’ in the second round. Pena would like the opportunity to get back in the cage with Shevchenko to avenge that loss.

For now, Pena (11-4 MMA) is scheduled to rematch with Amanda Nunes (21-5 MMA) in the UFC 277 main event on July 30th at the American Airlines Center in Dallas, Texas. The two originally met in December of 2021 at UFC 269 where Pena beat ‘Lioness’ via a second-round submission victory handing Nunes her first loss since 2014, and ending her title reign after four defenses of the belt.

“This is going to be the biggest, toughest, strongest, fastest, scariest Amanda Nunes that we’ve ever seen, and I am absolutely ready for anything and everything.”

Do you agree with Julianna Pena that Taila Santos should have got the nod in her battle with Shevchenko?

Will you be watching UFC 277 and who’s your pick to take home the prize – Pena or Nunes?