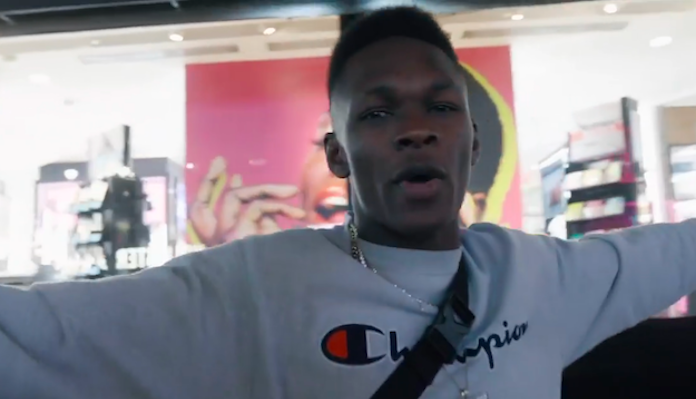 Israel Adesanya has shared his pick for the ‘biggest pretender’ in the UFC.

Apparently ‘The Last Stylebender’ thinks Martin Vettori, the #3 ranked contender is somewhat fake or as he put it has a lot of ‘fugazi’.

‘The Italian Dream’ and Adesanya have a history inside the Octagon. They first met at UFC on Fox 29 in April of 2018, where Adesanya won via split decision. Their second bout took place at UFC 263 in June of 2021 where Adesanya won again this time via unanimous decision.

In a recent episode of ‘Gloves Off with Kayo Sports’ Adesanya, the UFC middleweight champion, when asked who was the ‘biggest pretender’ in the promotion stated (h/t Sportskeeda):

“I wanna say Marvin Vettori. He is a tough guy, a tough fighter. But, it’s a lot of fugazi the guy brings in. I’d say he is the biggest pretender I have faced in the UFC. But there is a few more. Not just fighters that I can call out.”

Israel Adesanya will be entering the Octagon this weekend, Saturday July 2nd at UFC 276  looking to defend his title for the fifth time against Jared Cannonier (15-5 MMA).

Cannonier has won 2 of his last 3 fights and is looking to make it 3 in a row this coming Saturday.

As for Martin Vettori, he’s scheduled to meet up with Robert Whittaker (24-6 MMA) at UFC Paris on September 3rd of this year.

Do you agree with Adesanya that Vettori is the ‘biggest pretender’ in the UFC?

Will you be watching Adesanya vs Blachowicz this Saturday? Who’s your pick for the win?