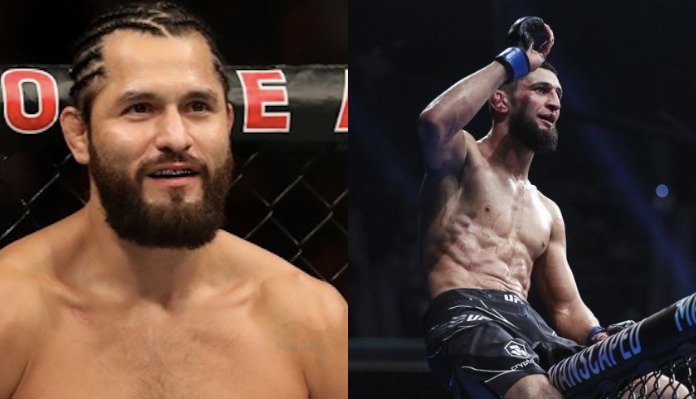 Jorge Masvidal is sharing that he doesn’t really think Khamzat Chimaev is as good as people say he is.

Chimaev is coming off a win against Gilbert Burns (20-5 MMA) in April of this year at UFC 273.

Diaz has not fought since June of 2021 where he went down to defeat against Leon Edwards (19-3 MMA).

In speaking with ‘MMA Fighting‘, when asked about the Chimaev vs Burns match-up, Masvidal had this to say:

“They probably wanted to pair Diaz with someone, stylistically, that’s not the best when I think of f****** Khamzat. So they gave him a boring ass wrestler who is going to try and hug his legs, and sniff his crotch.” 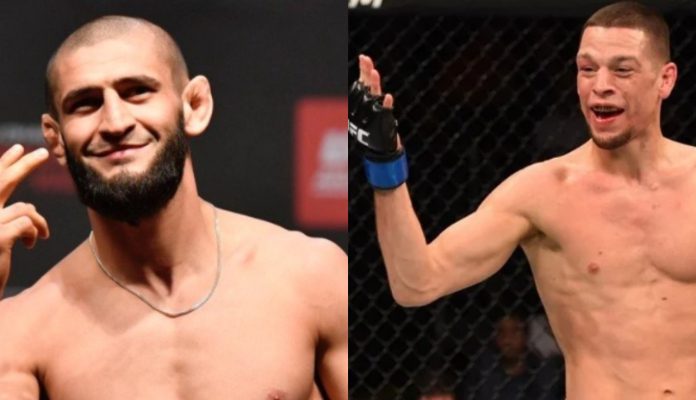 As for the outcome of the fight, Masvidal concluded with:

“I think Khamzat probably wins, but I can see Nate putting him away in rounds four or five because Khamzat doesn’t have that gas tank. He doesn’t have that experience, and I think he gets too in the moment where he’s wasting energy doing stupid s***. Nate is going to conserve all of that energy and get in his face when it counts. I think Khamzat should win, but I won’t be surprised if Nate stops his ass.”

Do you agree with Jorge Masvidal that Khamzat still has a lot of work to do to prove his status as a star in the UFC? Do you think Diaz could upset the favoured Chimaev at UFC 279?