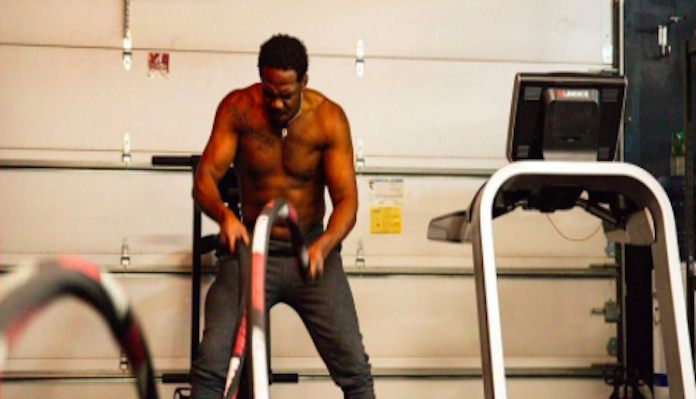 Jones is set to make his heavyweight debut this summer, according to UFC president Dana White, who says he will face the winner of the UFC 260 main event between champion Stipe Miocic and challenger Francis Ngannou. Jones has spent the last six months bulking up in anticipation for his debut in the UFC’s heaviest weight class. In a recent update on my heavyweight transformation, Jones said he weighed in at 250lbs, and he looks the part.

With his heavyweight debut coming up in just a few months, Jones continues to get in shape and put on weight. “Bones” seems to be enjoying what he calls the “fat boy life” as he shared in a recent post on his social media. Take a look at the latest heavyweight photos Jones shared on his Instagram.

Jones has not fought since last February when he won a controversial unanimous decision over Dominick Reyes. In fact, Jones’ last two fights were controversial decision wins, the other being over Thiago Santos. But you can’t ignore all the dominant performances over the years. He is absolutely one of the best fighters of all time and the fact he wants to test himself at a heavier weight class is exactly what he needs to prove he’s beyond a doubt the GOAT.

It will be interesting to see how Jones fares at his new weight class. At 205lbs, Jones always enjoyed a size advantage over his opponents. He will still be a big man at heavyweight, but there are going to be other opponents who are taller, heavier, and stronger than him. That’s why he’s putting on all this weight and why he’s taken a whole year off, to bulk up the right way.

How do you think Jon Jones will perform while fighting at 250lbs?