Jon Jones fires back at his critics: “Your priorities are in the wrong place”

Former UFC light heavyweight champion Jon Jones fired back at his critics on social media, saying “your priorities are in the wrong place.”

Jones was arrested on domestic battery charges back in September following the UFC Hall of Fame ceremony. Since then, Jones has been kicked out of Team Jackson-Wink and has been seen training at Fight Ready in Arizona. Jones is one of the best fighters in MMA history, but he has come under fire following this latest incident and his reaction to it.

Taking to his social media, Jones fires back at his critics, saying they should worry about themselves. Take a look at the latest posts from Jones on his Twitter account below. 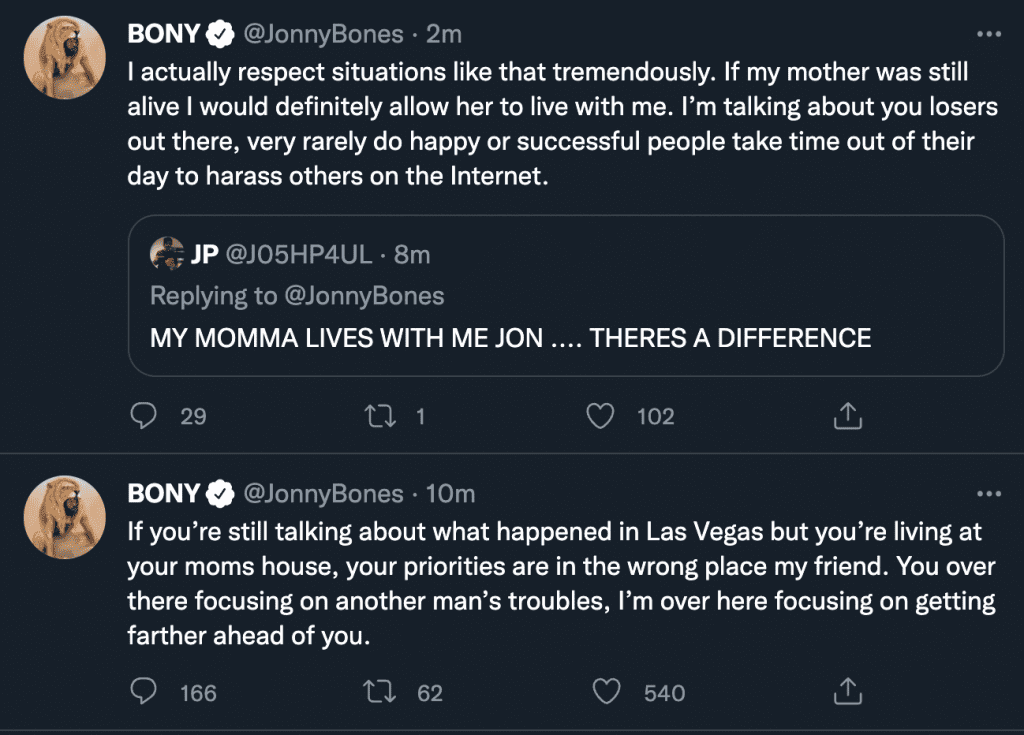 Jon Jones: If you’re still talking about what happened in Las Vegas but you’re living at your moms house, your priorities are in the wrong place my friend. You over there focusing on another man’s troubles, I’m over here focusing on getting farther ahead of you.

Jon Jones: I actually respect situations like that tremendously. If my mother was still alive I would definitely allow her to live with me. I’m talking about you losers out there, very rarely do happy or successful people take time out of their day to harass others on the Internet.

The initial reactions to Jones’ comments in the replies are mostly negative from fans, many of who felt that Jones shouldn’t have made this tweet considering the allegations against him. Of course, this is far from the first time that Jones has gotten into trouble with the law. At this point, it feels like this has become a pattern with the former UFC champion. He is one of the greatest fighters to ever live, but he has some demons he needs to deal with.

What do you think of these latest comments from Jon Jones?