UFC light heavyweight champion Jon Jones is set to defend his title against Thiago Santos at UFC 239, but that hasn’t stopped chatter of a trilogy fight with reigning heavyweight champ and bitter rival Daniel Cormier.

‘DC’ is set to return to action in the headliner of August’s UFC 241 event for a rematch with former title holder Stipe Miocic.

Cormier, who plans to retire before the end of the year, recently stated that he wanted to move back down to light heavyweight for one more fight with ‘Bones’ before calling it a career.

During his guest appearance on ‘The Helwani Show’, Jon Jones responded to Cormier’s claims that he is willing to return the 205-pound division for a third and final showdown.

“He won’t do it. I think it takes a lot out of him to make the weight cut.” Jon Jones explained. “I haven’t seen him in person, but I hear he’s bigger than ever and to lose all that weight and come up short a third time… It just takes a lot of courage I would imagine.

”I don’t think he has the balls to do it. I think he knows what to say to people to appear not afraid of me. But, deep down inside, he knows what’s it like after losing to me twice. Going him. Crying. I just doubt that he’s going to do that to himself again.”

Jones and Cormier have met twice in the past. Their first encounter occurred at UFC 182 in January of 2015, with ‘Bones’ emerging victorious by way of unanimous decision. 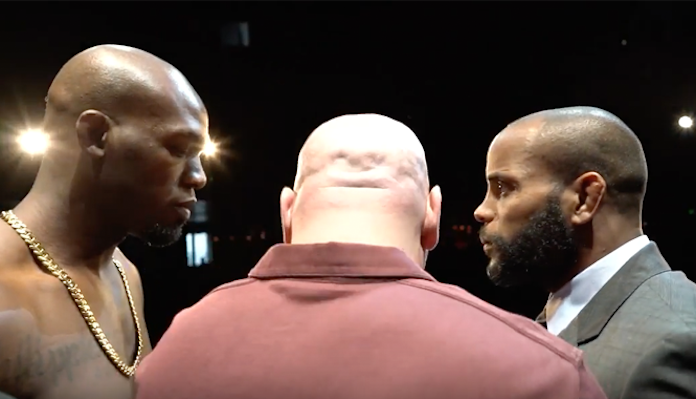 The bitter rivals would meet again at UFC 214, and once again Jon Jones proved victories, this time by way of knockout.

That victory was later overturned to a no-contest, this after Jones tested positive for the banned substance turinabol.

What do you think of Jon Jones recent remarks regarding current UFC heavyweight champion Daniel Cormier? Sound off in the comments section PENN Nation!