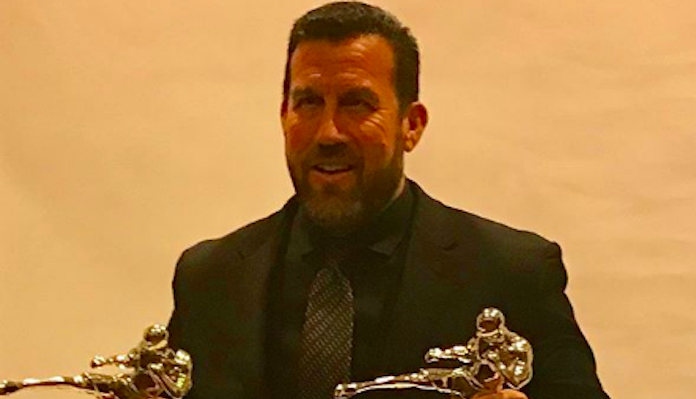 Bellator commentator and MMA official John McCarthy believes that there should have been a 10-10 round scored in the Israel Adesanya vs. Yoel Romero title fight at UFC 248.

Adesanya won a unanimous decision on the judges’ scorecards to retain the UFC middleweight title in an undeniable stinker of a fight. Neither man seemed to be aggressive in the fight and it just plodded on for 25 minutes. Adesanya won the decision and gets to retain his belt, but it was not particularly impressive. Still, McCarthy agrees with Adesanya earning the decision.

Speaking on the “Weighing In” podcast, host Josh Thomson asked McCarthy how he scored the fight. McCarthy says he believes that Adesanya deserved to win, but he also believes that there should have been a 10-10 round scored in the fight due to a lack of action.

“The first round should have been 10-10. And the reason it should have been 10-10—even though I know it’s not going to be because Yoel landed that big shot—is because neither guy deserved to win the round. When you have a problem scoring a fight is when they give you nothing. They gave the judges basically nothing. Yoel landed one shot and you saw Izzy blinking his eye. It was because of probably the corner of the glove or knuckle kind of went in his eye. Did it damage Izzy? No, it didn’t damage him, but he reacted to it, that’s saying it had an effect. And so I knew Yoel was going to get that first round. So he gets the first round,” McCarthy said.

“You look at the other rounds, I would say Yoel probably wins the second, but I can see someone saying Izzy is hitting him with the leg kicks. So we’ll say Yoel (in the second) but Izzy wins the other rounds. And it should have gone to Izzy. And it goes to Izzy because Yoel just didn’t have the passion to try to go out there and win the title. I’m not saying Izzy had a great performance but he did what he’s supposed to do in chopping this guy down. Take a look at Yoel’s leg. Yoel’s going to be doing the stiff walk for a while That was the true damage that occurred in that fight overall, [due to] the sustained kicking attack of Izzy. It was not a good fight,” McCarthy added.

How did you score the Israel Adesanya vs. Yoel Romero fight? Do you agree with John McCarthy?