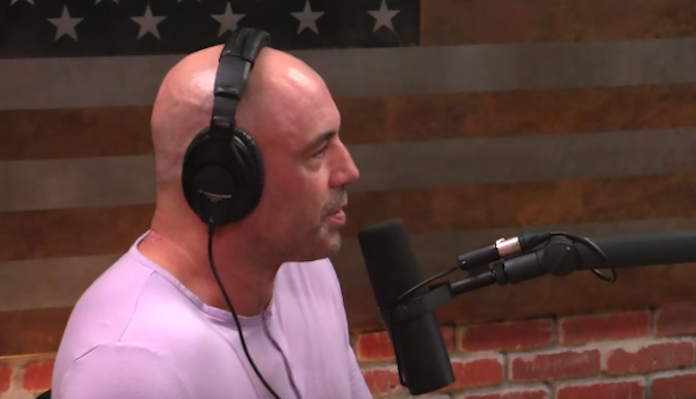 UFC color commentator Joe Rogan has heard all of the buzz about Floyd Mayweather and Tenshin Nasukawa’s RIZIN 14 exhibition boxing match, and like pretty much everybody else inside the combat sports bubble, he’s not really sure what to expect.

If this indeed an exhibition boxing match, that would obviously mean kicks are not allowed. That being said, Joe Rogan isn’t sure the bout will actually be kick-free.

“They’re probably going to wear big gloves, no kicks — unless the Japanese are like ‘ok, so we agree, kicking too. Go!’”

The Japanese, Rogan says, are cunning businesspeople, and he believes it’s possible Floyd Mayweather is being led astray.

“They’ll rush you through some contract negotiations,” he said.

“The Japanese, they do a different kind of business. They’re very clever over there.”

Joe Rogan points to the sale of Japanese MMA promotion PRIDE to UFC parent company Zuffa as proof of this fact.

“When you look at the sale of PRIDE, what happened with all that, they did a smart thing — a really smart thing,” he said. “They pretended they were going to have PRIDE fighters fight in the UFC and UFC fighters fight in PRIDE. Remember that? In the early days? They sent Chuck Liddell over there and they were going to bring fighters over to America? They never did. [The UFC] had to wait until they bought [PRIDE], and when they bought it, they basically just bought a DVD library. They spent like $60 million PRIDE, and when they got it, they couldn’t even run it. So then they had these people that were running the office, and these people that were running the office just went off and made DREAM. They made their own shit. [The UFC] got these contracts, these contracts weren’t even any good. A lot of the fighters were not bound to them. Like Fedor [Emelianenko], they didn’t get Fedor. They thought they were going to operate in Japan, like ‘we’re going to run PRIDE too.’ No chance man…”

“What they did was smart,” he continued. “The first thing PRIDE did was they pumped up their own value by bringing their fighters over here and pretending their fighters were going to fight Chuck Liddell. Remember they had that crazy staredown back in the day? Then they never did. Everyone was always talking about PRIDE but then nothing happened.”

What do you think Floyd Mayweather is in for when he steps into the ring with Tenshin Nasukawa?