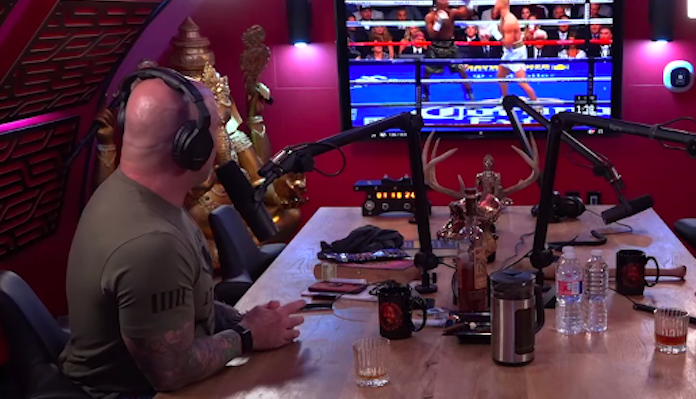 McGregor and Pacquiao have been linked to a potential boxing match for several years. If the fight ever ends up happening, however, Rogan believes McGregor will be in over his head.

“You’re talking about one of the greatest boxers of all time against a guy with one professional boxing match,” Rogan said bluntly on his podcast, comparing Pacquiao and and McGregor’s boxing experience.

Tony Hinchcliffe, the guest on this episode of Rogan’s podcast, pointed to the fact that McGregor had some early success in his 2017 boxing match with Floyd Mayweather, which he ultimately lost by TKO in the 10th round.

Rogan countered that point by claiming McGregor’s early success was all part of Mayweather’s plan.

“Let me tell you something,” Rogan said. “The reason it was close is because Mayweather let [McGregor] blow his wad.

“[Mayweather’s] style is take the minimum amount of damage, find your openings and then establish your game and dominant,” Rogan continued. “Conor is a freak. He’s an explosive guy. He’s so fast, and there’s no remedy for that, other than getting [him] tired. What Mayweather was doing was boxing with him, but preserving [energy]. [He was] being safe, realized that Conor can punch, but drag him into deep water. That’s what a guy like Mayweather will do.”

What do you think of this assessment from Joe Rogan? Could Conor McGregor surprise fight fans by beating Manny Pacquiao, or would he be in over his head like he was against Floyd Mayweather? Let us know your thoughts in the comments section below.