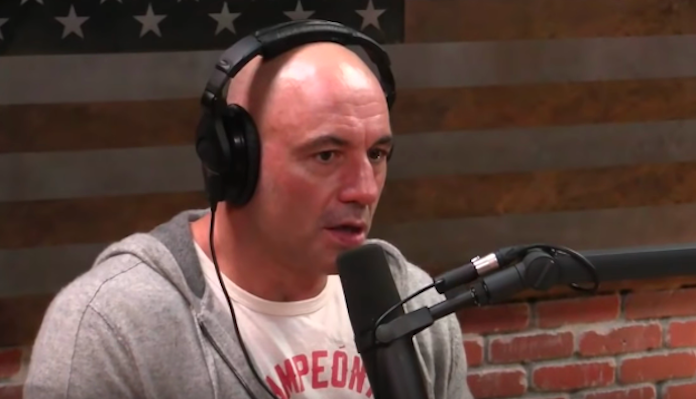 Kevin Lee is currently on a two-fight losing streak, having recently come up short to Rafael dos Anjos and Al Iaquinta in the welterweight and lightweight divisions respectively. UFC commentator Joe Rogan believes a change of scenery could be the solution for the struggling but undeniably talented “Motown Phenom.”

In fact, Rogan has a specific gym in mind for Lee.

By the UFC commentator’s estimation, Kevin Lee has a similar skillset to former UFC welterweight and middleweight champion Georges St-Pierre, and would therefore benefit from the tutelage of St-Pierre’s long-time handler Firas Zahabi at Tristar in Montreal.

“Kevin Lee needs a camp,” Joe Rogan said on a recent episode of the JRE MMA Show (transcript via LowkickMMA). “I think Kevin Lee should go to Firas Zahabi. The reason why Firas Zahabi is, Kevin Lee’s skill set is very similar to Georges St-Pierre’s. Good striking, very athletic, great timing of takedowns, no one knows how to coach that better than Firas Zahabi. That’s what I think.”

Joe Rogan continued, elaborating on why a camp change might be a good idea for Kevin Lee. He also suggested that Lee has likely struggled greatly as a result of the death of his former coach, Robert Follis.

“It’s no disrespect to any small camps,” he said. ‘An athlete has a small f**king window, man. Kevin is 26, right? So he’s got 10 years. Not good. Before that, he was beating guys in pretty spectacular fashion. Robert Follis’ death had a tremendous impact on him as a fighter, as a person, and then he fought some really great fighters on top of that.

“Al Iaquinta, man,” Rogan continued. “From the jump of that fight, the get-go, when he hit him with that spinning back fist, he let him know, ‘You’re in a dog fight, man.’”

Recent struggles notwithstanding, Joe Rogan is still confident that Kevin Lee has all the tools to become a UFC champion.

“He 100 percent can be champion. He’s just gotta make some changes – he needs a maestro, he needs a f*cking conductor. He needs a Greg Jackson or a Matt Hume, Firas Zahabi, Duke Roufus.”

Do you think Joe Rogan is on the money here? Would Kevin Lee benefit from training with a coach like Firas Zahabi?