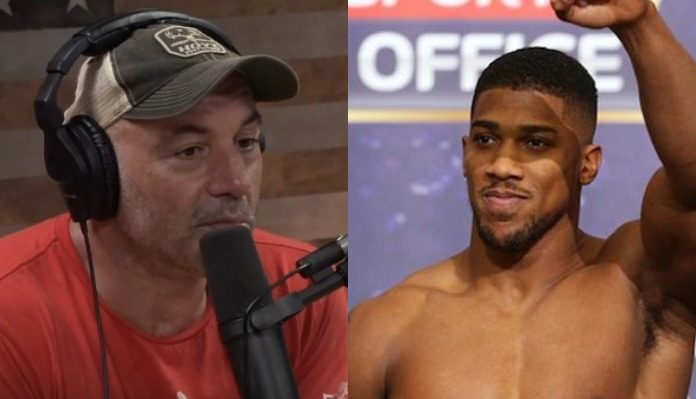 Joe Rogan is very well connected in the combat sports world. The UFC commentator is well acquainted with many movers and shakers of the MMA and boxing worlds, and apparently, somebody he considers “a good source” told him that Anthony Joshua was knocked out in sparring the week of his shocking upset loss to Andy Ruiz Jr.

Rogan made this startling claim, which has also been rumored in boxing circles, on the latest episode of the Joe Rogan Experience MMA Show.

“You could kind of see it on him,” Lee replied to the UFC commentator. “Even walking out, you can kind of see his look and its a little glazed. I figure it was just coming over to America the first time, being in New York. That’s a lot of pressure. Especially when you talk about Deontay Wilder knocking out [Dominick Breazeale] into the next century the week before.”

For the moment, this comment from Joe Rogan — and the other similar rumors popping up in other parts of the combat sports bubble — are difficult to verify. Whatever the case, Andy Ruiz and Anthony Joshua are expected to rematch in The United Kingdom in the fall, which should give us a clear picture as to who the better boxer truly is.

Do you believe this claim from Joe Rogan? Could this have been a contributing factor in Joshua’s shocking upset loss to the new unified champion Andy Ruiz Jr.?

Join the debate in the comments section below.