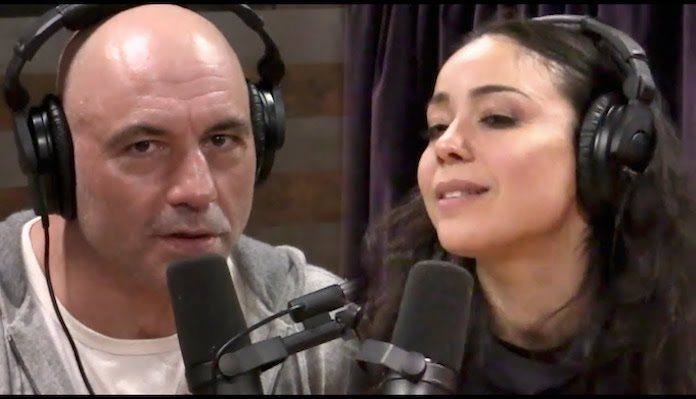 Miriam Nakamoto has not fought since she sustained a serious knee injury in an Invicta fight with Lauren Murphy in 2013. Thanks to the generosity of UFC commentator Joe Rogan, that could soon change.

Speaking on her Instagram account on Saturday night, Nakamoto shared a screen shot of a conversation with Rogan, in which the comedian turned commentator told her that the treatment she needs to recover from her lingering knee injury will be covered in full.

“So …this happened today. I’m struggling to find the words. I’ve been trying to make a comeback for almost 6 years now. I’ve come close a few times. But I kept having difficulty with my knee. There’s not much to be down with a grade 3 lesion on a meniscus besides stem cell therapy. I didn’t have $30,000 so I did the best that I could, but I still always came up short. And then this happens today. I’m still in shock. Thank you Joe Rogan. See you soon Dr. Riordan!” – Miriam Nakamoto on Instagram.

Nakamoto and Rogan are quite close. In fact, she’s previously been a guest on the UFC commentator’s popular Joe Rogan Experience podcast.

While there’s no telling how she’ll bounce back from her debilitating knee injury, a return to previous form certainly seems possible. If that’s the case, her rivals on the Invicta roster should most definitely be on high alert. The Muay Thai specialist, who is an eight-time champ in the Art of Eight Limbs, is 2-1 as a pro mixed martial artist.

What do you think of this gesture from Joe Rogan? Do you think Miriam Nakamoto can get back into fighting shape? Join the conversation in the comments section!