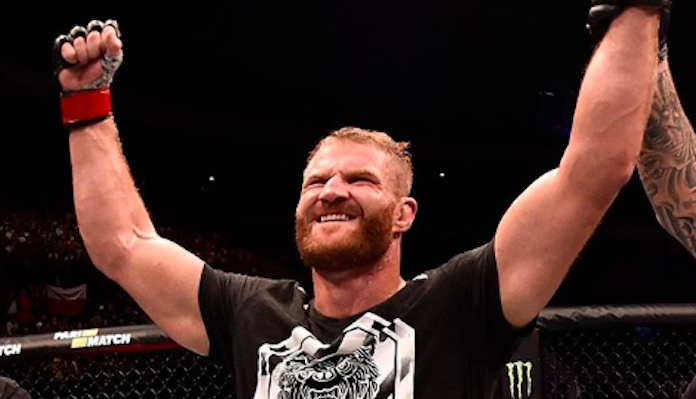 Jan Blachowicz already knows who he wants to defend the light heavyweight title against first, assuming he beats Dominick Reyes at UFC 253.

Blachowicz and Reyes will battle for the vacant UFC light heavyweight title in the co-main event of UFC 253, which is scheduled for September 26 on Yas Island in Abu Dhabi. The division’s throne was left vacant after Jon Jones, the long-time champion, decided to move up to the heavyweight division.

Blachowicz took on Santos in February, 2019, losing via knockout in the second round, and he’s understandably eager for a shot at redemption.

“For me it would be perfect, when I win against Dominick Reyes, that … my first belt defense would be a rematch against Thiago,” Blachowicz told reporters at the virtual media day for UFC 253 (via MMA Junkie). “It would be something really good for me. That’s how I see it in my dreams.”

While Blachowicz would love the opportunity to redeem himself against Santos, his first priority is defeating Reyes, and he does not seem to be taking that task lightly.

“I think everything that he’s got is the standup,” Blachowicz said. “He’s a really good kickboxer; his standup is very dangerous. Good cardio, really strong. If you take him down, he stands up really good, so it’s going to be the most dangerous, his standup game.”

As much as Blachowicz respects Reyes’ stand-up skill, he’s confident that he’ll find his foe’s chin at some point over the course of their five-round encounter.

“I got the legendary Polish power,” Blachowicz said. “I’m going to bring it to the fight. He’s going to feel it.”

Do you think Jan Blachowicz will become the new UFC light heavyweight champion at UFC 253?