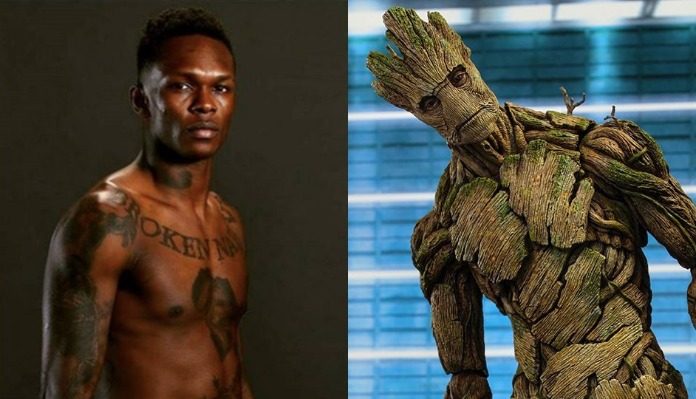 “…and tha fuck what. Y’ll act like Romero is the champ, never makes weight, never won a UFC belt. Them: “yOu foUGht aN OLd sIlVa!!” Me: Anderson is 44, Yoel is 42…” – Israel Adesanya on Twitter

This comment from Adesanya eventually got a response from Romero — though it’s a response we’ve heard several times before from the former title challenger.

Adesanya responded to this comment from Romero on Sunday, comparing the top middleweight contender to the Guardians of the Galaxy character Groot, who only ever speaks the words “I am Groot.”

Romero was quick to respond to this quip, this time using a few more words.

Adesanya last fought in the co-main event of UFC 236, when he defeated Kelvin Gastelum by decision in a 2019 Fight of the Year contender. The victory earned him the interim middleweight title.

Romero, meanwhile, has not fought since June of 2018, when he gave up a razor close decision to reigning UFC middleweight champion Robert Whittaker.

Do you think we’ll see these two middleweight stars settle their differences in the cage in the future?