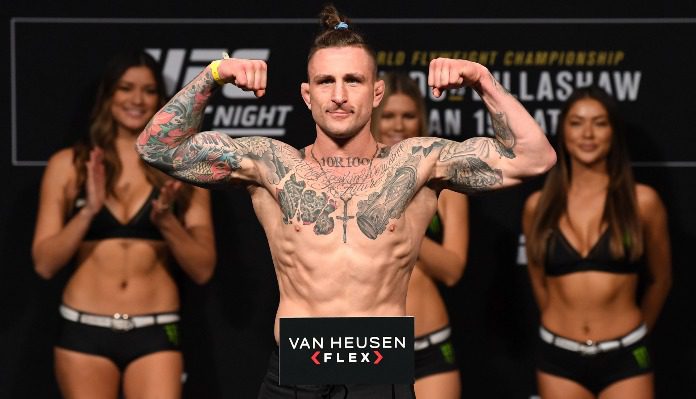 Gillespie recently called out Ferguson, and sources close to the situation informed BJPENN.com that there were discussions for the fight to take place at UFC 271 this February in Houston, but it never came to fruition.

With the fight fizzling out, Ferguson then called out Michael Chandler, which Gillespie was not pleased about.

Gregor Gillespie says Tony Ferguson turned him down again, and he’s not happy about it. pic.twitter.com/sphbXIdhwb

“Just got word again from my manager that Tony Ferguson will not accept the fight against me, bro,” Gillespie said on his Instagram. “Then I see you online, Tony, calling out f******g Michael Chandler, saying it’s wrestling season, bro. Dude, you understand, I’m the wrestler, bro. I beat the s**t out of Mike Chandler in college, and I will f**k you up in wrestling, too. If you’re looking for the wrestler, bro, accept the fight dude.

“I need to start climbing and none of you guys seem to want to f******g fight me. Tony, me and you are f******g available,” Gillespie continued about Ferguson. “We’ve been available since the same f******g, one weekend apart. I fought last and then next weekend you fought the weekend after. It’s time, bro. Let’s just f*cking do it. Call f******g Chandler out cause it’s wrestling season. Get the f**k out of here, bro. I’m the wrestler.”

Gregor Gillespie is currently ranked 10th while Tony Ferguson is ranked seventh so the fight does make sense, especially due to the fact they are both available. But, “El Cucuy” has his sights set on fighters ranked above him.

Gillespie is currently 14-1 and returned to the win column back in May with a TKO win over Diego Ferreira. It marked his first fight since November of 2019 where he suffered a brutal head kick KO loss to Kevin Lee. He’s 7-1 in the UFC and holds notable wins over Yancy Medeiros, and Vinc Pichel among others.

What do you make of Gregor Gillespie blasting Tony Ferguson?