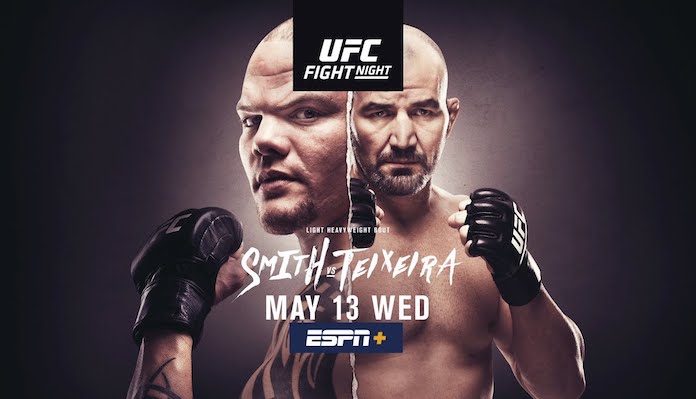 The full betting odds have been released for all 11 bouts scheduled for this Wednesday’s UFC Fight Night card in Jacksonville, Florida.

As was the case with UFC 249, UFC Fight Night Jacksonville will take place at VyStar Veterans Memorial Arena in Jacksonville. The UFC just pulled off an incredible event this past weekend and will hold two more cards this week at the same venue. The second event in the Jacksonville series takes place on Wednesday, and it’s a solid Fight Night card featuring a light heavyweight main event between Anthony Smith and Glover Teixeira.

Below, take a look at the full opening odds for UFC Jacksonville via BestFightOdds.

As you can see above, there are 11 bouts available for fans to bet on, and there’s money to be made here given the betting odds. The majority of the fights on this UFC Jacksonville card have fairly tight odds, including the main event between Smith and Teixeira. That will likely be the fight that has the biggest handle from this event considering it’s the two biggest names on the card, but there’s plenty of prelims to bet on, too.

As was the case with UFC 249 and the third Jacksonville card this coming Saturday, the majority of the bouts on this card were booked on short notice. The short-notice nature of the majority of these fights make them more difficult to handicap, not to mention the extra variables at play due to the coronavirus pandemic and the changes it has caused for training camps, weight cuts, and fight week routine. So do extra research for this card before placing your bets as a couple of upsets could very well be in store.

Who will you bet on at UFC Jacksonville?