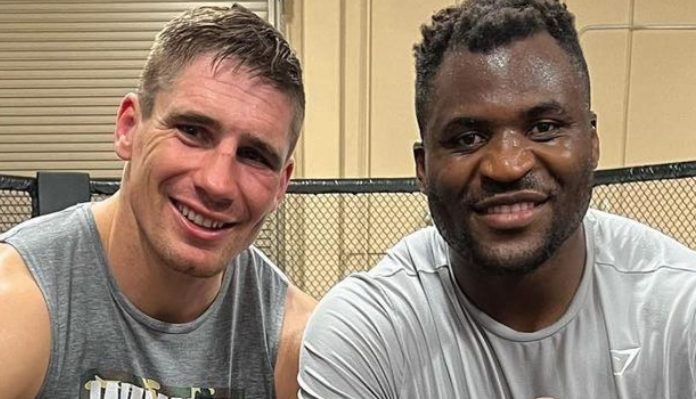 Francis Ngannou has brought in kickboxing star Rico Verhoeven to help him prepare for Ciryl Gane at UFC 270.

At UFC 270, Francis Ngannou will face arguably the most technical test of his career when he goes toe to toe with Ciryl Gane. The former teammates will battle it out for the UFC heavyweight title in a contest that many believe Ngannou could really struggle with.

In preparation for the challenge, Ngannou has opted to enlist the help of GLORY heavyweight kickboxing champion Rico Verhoeven.

Verhoeven is considered to be the “King of Kickboxing” and is easily the biggest draw for the GLORY promotion. He also has a style that some believe resembles Gane and the way he moves, which could make for some really interesting sparring sessions in the gym.

Either way, this collision is shaping up to be one for the ages in January.

Do you think Francis Ngannou will be able to defeat Ciryl Gane at UFC 270 next year? How much could Rico Verhoeven assist him in getting the job done? Let us know your thoughts on this partnership down in the comments, BJPENN Nation!