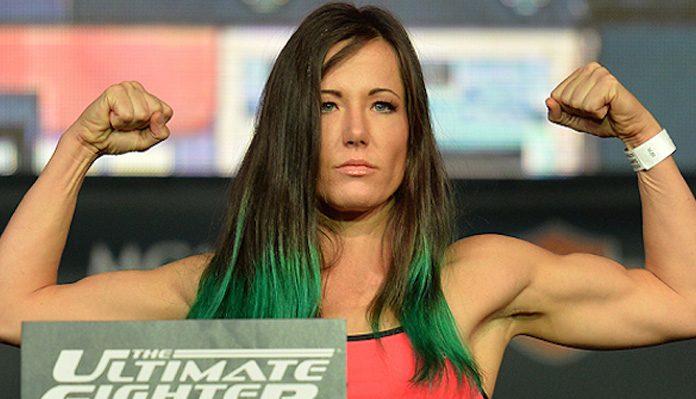 According to her coach Gabriel Lamastus (via MMAJunkie) Magana went into a coma early Wednesday morning following complications from emergency surgery. The 35-year-old currently lives in Puerto Rico and is staying at University Hospital. According to Lamastus, Magana was experiencing back pain in preparation for her Combate Americas matchup against Kyra Batara on Apr. 26. After a MRI revealed a herniated disc, Magana continued to train until the pain became too much and she was admitted again.

Hoping to ease the pain, Magana had a nerve block done however that led to her suffering from cauda equine syndrome – a condition where the nerves in the spinal cord are damaged – and that prompted her to get emergency surgery on Tuesday. Unfortunately while the surgery went well, Magana’s reaction to the anesthesia has led to her slipping into a coma.

“She’s in a coma, and we’re waiting to hear some positive news,” Lamastus told MMA Junkie. “The surgery went fine. The problem was anesthesia. It’s very rare that patients react bad to anesthesia, but it does happen, and I guess this is one of those rare cases. But I’m being positive. She’ll be fine, and she’ll wake up. She’s a hard worker. Angela is a very, very hard worker. A lot of people only know the Angela from social media. They don’t really know the real Angela. That woman busts her tail to provide for her family.”

Magana’s coaches have been keeping her fans well updated on social media, even posting some videos she took before her surgery. In one video, she shared her worry that she might react badly to the anesthesia.

Angela Magana hasn’t fought in the UFC since a Dec. 2017 loss to Amanda Cooper at UFC 218. She went 0-3 in the UFC suffering setbacks against Tecia Torres, Michelle Waterson and Cooper. “Your Majesty” recently competed at RIZIN 12 in August where she suffered a submission loss to Kanako Murata.

We here at BJPenn.com are hoping for the best and that Angela Magana wakes up with a full recovery.