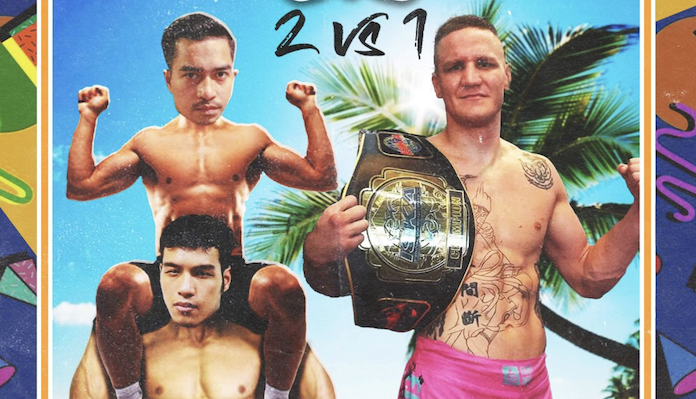 Will Chope has had a truly unique career in Mixed Martial Arts.

The 6’4 American has been called everything from “the world’s tallest featherweight” to “Asia’s busiest fighter.” The 30-year-old mixed martial artist has had a wild career since making his UFC debut against Max Holloway in 2014, as he has since gone on to compete in Boxing, Muay Thai and Lethwei.

Back then in 2014, both fighters were two of the hottest young prospects in the sport. Chope made his Octagon bow on the back of an impressive 14-fight winning streak. Meanwhile, Holloway came into the fight seeking to bounce back from a loss to Conor McGregor earlier that year.

Having spent the first stanza figuring out the range of his gangly opponent, the contest ended in favor of Holloway who delivered a TKO in the second round.

A post shared by Will "The Kill" Chope (@asiawillthekill)

From there, ‘Blessed’ launched an incredible run of 13 victories as he became one of the greatest 145lb-ers of all-time. Chope, meanwhile, responded to being cut from the UFC by becoming one of the most prolific fighters in the game. At one time in his career, ‘the Kill’ was fighting on an almost-weekly basis. Needless to say, the man is game for a fight. In whatever shape it presents itself.

His latest endeavor will be the main course in the notorious buffet of freakshow tussles that is, Fight Circus.

Here, the seasoned beanpole who describes his style as ‘lanky madness,’ will take on two brothers named ‘Bank’ and ‘No Money.’

This ‘MMAsymmetrical’ main event has the potential to be a strange, yet thoroughly entertaining scrap.

“Will Chope is one of the most experienced fighters in the world,” said Fight Circus CEO and ringleader, Jon Nutt.

“The guy who gave Max Holloway his biggest problems is now taking on two lower-level fighters at the same time. And it’s not happening in Russia! Well then, this is history in the making and if you don’t watch, you clearly are not a fight fan and probably hate puppy dogs.

“This Fight Circus main event is a present for all the people who have had a crappy year. This is a gift to those people. The real heroes,” added Nutt.

If you’re not familiar with the tomfoolery that takes place at a Fight Circus show, then you’re in for a treat. That is to say if your idea of a ‘treat’ involves ‘Siamese kickboxing,’ ‘human cockfighting’ and two Muay Thai fighters going at it in an actual British phone booth. Oh, and Bob Sapp will be there.

So, if you’re down for some madness (both ‘lanky’ and otherwise), you can catch the event LIVE on CamSoda on April 9th.

What just happened?? Is Bob Sapp still on the loose? What's going on? pic.twitter.com/IxXT93DErD