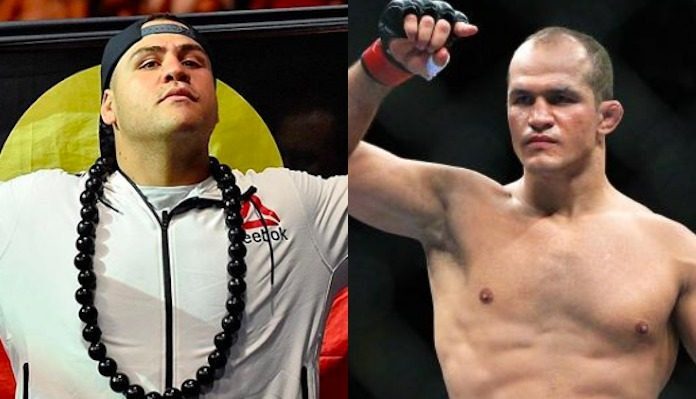 After losing his “baddest man on the planet” title to Cain Velasquez at UFC 166 in October of 2013, “JDS” has since gone 4-3 inside the octagon. 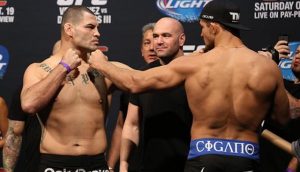 Tai Tuivasa got off to a quick start in tonight’s main event. The crowd favorite relentlessly pressured “JDS” landing a number of big punches and hard low kick. Towards the end of round one, Tuivasa landed a chopping low kick that appeared to injure Dos Santos.

However, Junior dos Santos came out for round two ready to go out on his shield. As Tuivasa continued to utilize forward pressure, “JDS” was able to make him pay for his actions with beautifully timed counter punch. He followed that up with a combination that sent Tuivasa crashing to the floor. From there, the former UFC heavyweight champion would unleash some gnarly ground and pound that forced the referee to step in and call the fight.

What a great night of fighting!!!

The old school roars back in main and co-main. JDS showed a good chin and adjusted well. #UFCAdelaide

WOW! Who would've imagined 2 Brazilian Legends past their prime would go into enemy territory and upset/finish 2 rising stars in their own backyard. Hats off to both JDS and Shogun. #Congrats #UFCAdelaide #fightnight

Not a good night for the boys in Adelaide 😔

Chin up fellas, I have no doubt they'll be back. Fighting at the highest level despite the short amount of time they've been in this sport and taking on legends who have been fighting since 02/06, so much respect 🙏🏻#UFCAdelaide

Now on his first win streak since 2012, who would you like to see former UFC heavyweight champion Junior dos Santos fight in his next octagon appearance? Sound off in the comments section PENN Nation!