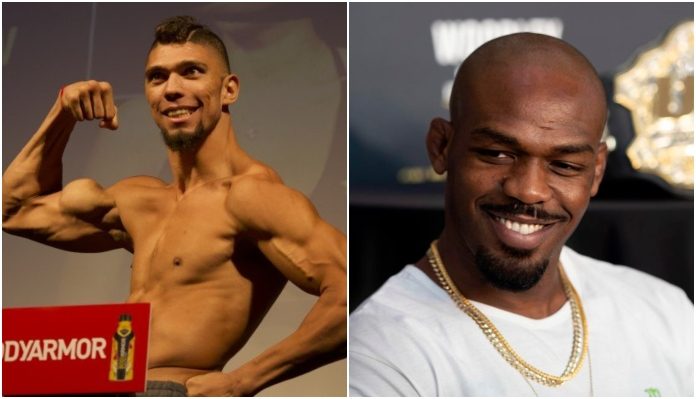 There were several big winners at UFC 235, but physically as well as figuratively, there may have been no bigger than Brazil’s Johnny Walker.

Three UFC fights, three first round knockouts, and three performance of the night bonuses. Walker has not come to play around in the UFC’s light heavyweight division. Well… That’s until after his fights are over, of course.

On the UFC 235 prelims, fans were treated to a quick turnaround from Walker who just a few weeks prior earned a 15-second knockout win over Justin Ledet at UFC Fortaleza. This time, he only needed 36 seconds to blast top 15 ranked Micha Cirkunov into another dimension with a perfectly timed flying knee.

Headlining that very same event was Walker’s division’s champion, Jon ‘Bones’ Jones who successfully defended his crown for the first time since reclaiming it at UFC 232 as he scored a unanimous decision win over Anthony Smith.

Walker has clearly proven to be some much needed new blood in the light heavyweight division, and Jones has recognized and acknowledged that.

“I hope [to] fight against him… Not soon, I need more fights,” Walker told TMZ Sports. “There are guys who deserve the fight more than me. But I need to beat three, four more guys. This will give me more experience and I’ll be ready for Jon Jones.

“I think when [people] fight against Jon Jones, people [are] a little bit scared or respect him too much, you know? And when I fight against him, he’s a nice guy but when closes the door in the Octagon, no respect, no fear, no nothing. Only I go and fight.”

At still just age 26, Walker doesn’t appear to be in any hurry to fight the champion as he hints at fighters like Thiago Santos being next in line.

However, Walker’s confidence will still be there when the time comes.

“My friend, you know I can give you a proper fight,” Walker said. “I’m not scared, we will have a dance together.”