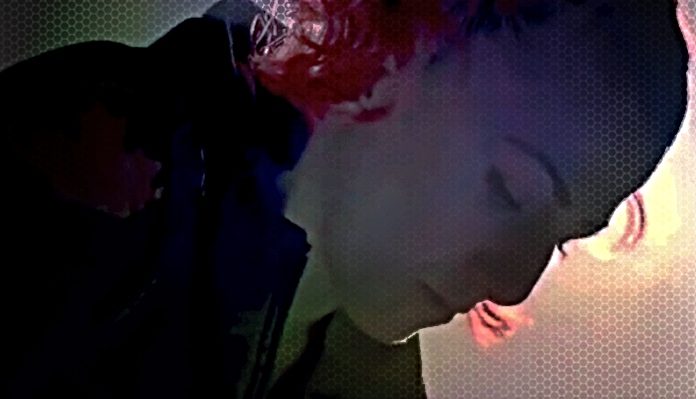 It takes four years to from high school. It takes the same amount of time to acquire a bachelor’s degree. From any starting point to its end, lessons can be learned and experience will be gained along the way.

However, the growing process never entirely stops. Whether it pertains to physical capabilities or the mental. Perhaps both together as a pair as they more often than not go hand in hand.

In the world of mixed martial arts, can be a massive factor that will always be edged in favor of one of the two combatants squaring off. The more that one knows, has been through and seen before, the better their chances will be to tackle each new obstacle that presents itself.

Knowledge truly is power in this game, and as veteran UFC strawweight Randa Markos continues onward in her fighting journey, she can properly attest to that as she prepares for her 11th career UFC bout.

“I know it’s been… It’s been a while, but I just feel like I haven’t been able to show everyone what I can do yet,” Markos told BJPenn.com when speaking of her experience. “And even though it’s 11 fights, I know I’ve had 11 chances, but it’s different when you get in there, time goes by so fast.

“But it’s awesome. I have a lot of experience, but I still have a lot more to show everybody and I’m excited to keep going and have 11 more fights if I can.”

Known for her wrestling and strong grappling background, watching Markos compete from the beginning of her career to now, and the evolution can be seen as clear as day. Learning the new tricks hasn’t been the hardest part, it’s just been getting the mind to execute them.

Shortly after her encounter with Nina Ansaroff in July 2018 and before her following bout with Marina Rodriguez in September, Canada’s Randa Markos began seeing a sports psychologist to work on improving her mental strength.

Being humble by nature accompanied with the inconsistency in the Octagon via a patterned record of alternating wins and losses and Markos’ self-confidence had gotten to a point where it wasn’t the same as it once was earlier in her career. All despite having grown exponentially since then.

However, with time only accumulating more and more, Markos has worked harder than ever to improve her mental game and she only feels better because of it.

“I’m at a really good place now,” Markos said. “I [haven’t] been this confident in myself in a long time. I feel like it’s helped me a lot. Helped me understand and actually be fine with being nervous and stressed out sometimes and [figuring out] why things bother me and she’s helped me understand that being an athlete, it’s okay to be confident in yourself. It’s okay to be worried about certain things. So it’s helping me out a lot.

“With this camp, I’ve been really, really focusing on like the mental part and where I am mentally and where I stand mentally, so it’s been a great camp. I’ve never felt this good about myself going into a fight. I’m excited to see how it turns out in my fight.”

The aforementioned fight with Ansaroff was a bit of a breaking point for the ‘Quiet Storm’ as it cleared her vision after mentally shutting down in the fight. And as she continues to strengthen herself on that next level, the confidence, and comfortability return.

“I just feel like I realized that the mind is a huge part of the sport,” Markos explained. “It’s not about how hard you train, you gotta train your brain as well.

“You gotta train, you gotta be mentally healthy, you know, this sport takes so much out of you, not just preparing for the fight and actually having a fight, but also the interviews and the way people approach you on Instagram and Facebook and stuff. It really, really tears you down. And so it helped me understand it and learn how to take this kind of information, so I’m excited.”

Following Markos’ battle with Ansaroff, a bout that saw her on the wrong end of a unanimous decision, she would fight to a draw with Marina Rodriguez.

What was a originally seen as a shocking result, breaking the pattern of wins and losses was just another big positive in regards to helping clear Markos’ headspace  on.

Two months after the draw, Ansaroff would go on to pick up another big win by defeating perennial top 5 in their division, Claudia Gadelha.

Live in attendance that night, Markos was hit with even more realization as to how she shouldn’t be so tough on herself.

“Man, after the Nina Ansaroff fight I took it really, really badly and everyone was messaging me saying, ‘Oh your cardio was bad,’ or making comments like that,” She recollected. “Like no man, my cardio’s not bad. I was working really hard on it, you know? And I just felt, I put myself in a really horrible place where I let people judge me and stuff. And when I see Claudia Gadelha fight Nina Ansaroff, she fought her exactly how I fought her and she started slowing down after those leg kicks. It slows you down, it’s not your cardio, it’s the damage to that leg.

“And then I realized like, man, she just had a really good game plan against me. It doesn’t mean that I’m sh*t or anything like that. And I just need to stop putting myself so down and putting myself in a bad spot or a bad position mentally because I had a sh*tty fight. And then you see Claudia Gadelha who I think she’s a great fighter and everything, and then she lost the fight exactly the same way I did.

“And I’m just like, no, it’s just the girl has a great game plan towards fighters like us and you just need to figure it out and go back in there with a way to defend yourself against somebody like Nina Ansaroff,” She explained on. “So that’s what I’ve been doing.”

To get specific, fighters ‘like Nina Ansaroff’ are well versed in the art of Muay Thai. A common trait of Markos’ last three opponents, as well as her next. Thus leading to the Canadian adding this skill set to her arsenal in training camp ahead of UFC Nashville. Something that she says has been very enjoyable and only helped her keep maturing as a fighter.

Having fought as a professional MMA fighter since 2012 now, the 33-year old Randa Markos is entering into her fifth year as strawweight on the UFC roster.

While she has continued to remain a threat over this time-span, others haven’t been as lucky thanks to the rapid influx of young and talented new athletes in the division.

As competitive as an endeavor as hand to hand combat is, one may think that the ‘old guard‘ might be slightly intimidated by all the new kids on the block. Windsor, Ontario’s finest doesn’t happen to be one of those types.

“There’s a lot of people out there that we haven’t heard of and it’s nice to see people coming out of everywhere and bringing the new talent and it makes me want to challenge myself to see where I stand with all these newer people coming in,” She said. “It’s not intimidating or anything like that, it’s actually nice to see that MMA is growing, especially in women’s MMA.”

Despite the new wave that’s flooding its way through the 115-pound weight class, Randa Markos’ next adversary isn’t someone she’s unfamiliar with. In fact, it’s somewhat the opposite.

entered the UFC as one of the 16 women on season 20 of The Ultimate Fighter. four others would be the first set of strawweights to compete in the promotion.

Along with her on TUF 20 was the future Invicta FC champion, Angela ‘Overkill’ Hill who she is finally set to meet this Saturday night at UFC Nashville.

Regardless of their lack of interaction on the show, Markos isn’t a fan of her opponent and plans to keep her focus on herself as she’s been doing for the past few months.

Even though she’s still continuing to get better and make improvements at every possible opportunity, it’s safe to say that Randa Markos has practically seen it all in MMA in terms of opponents.

Because of that, she doesn’t expect to see anything ‘new’ from her fellow TUF 20 alumni. But having come from the same season, Hill has put in the same amount of time to become better herself.

Reinvention is something that is almost always required throughout life at some point. But that case can be made much easier in regards to such a quickly evolving sport like MMA.

For Randa Markos, she’s just working non-stop to fully showcase every single bit of her talents that she possibly can. And as the clocks tick on, she’ll only get more confident and comfortable with putting her lifetime’s worth of hard work on display.