Carano (7-1 MMA) has been making headlines this week. The former Strikeforce fighter initially made waves when she shared some controversial posts comparing contemporary political differences to the treatment of Jews in Nazi Germany.

“Jews were beaten in the streets, not by Nazi soldiers but by their neighbors…even by children,” Carano wrote Instagram. “Because history is edited, most people today don’t realize that to get to the point where Nazi soldiers could easily round up thousands of Jews, the government first made their own neighbors hate them simply for being Jews. How is that any different from hating someone for their political views.” Gina Carana shared, which was a post that originated on a different Instagram account. 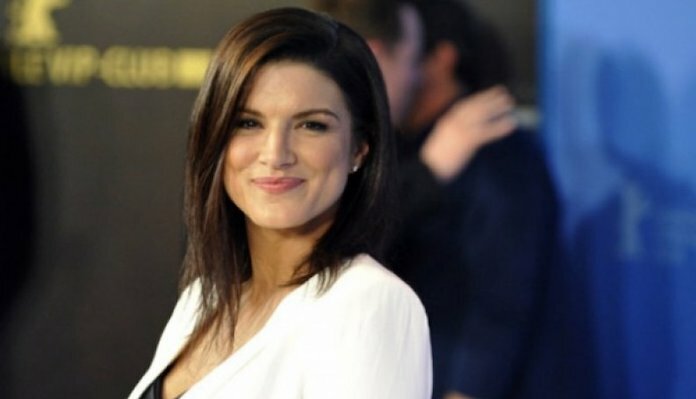 Then in a separate post, Carano added that “Jeff Epstein didn’t kill himself”.

Those posts would later result in Gina Carano being fired by Lucasfilm, spelling an end to her roll as Cara Dune on Disney’s hit series ‘The Mandalorian’.

“Gina Carano is not currently employed by Lucasfilm and there are no plans for her to be in the future,” a Lucasfilm spokesperson said in a statement (via Variety.com). “Nevertheless, her social media posts denigrating people based on their cultural and religious identities are abhorrent and unacceptable.”

ESPN journalist Ariel Helwani, who has interviewed Carano on numerous occasions in the past, shared his thoughts on the former fighters controversial posts in a video posted to social media.

“Hello everyone. Ariel here. A lot of people have asked me my thoughts on Gina Carano over the past 24 – 48 hours. Certainly over the past few hours, and I’ve been struggling to find the words to fully express myself. Obviously it is a very complex situation and I understand and appreciate why people would ask me my opinion on this. Because of the fact that she is a famous former mixed martial artist, because I’ve talked about her a lot, because I’ve interviewed her a bunch and I’ve talked about her impact on my career early on. Because I am Jewish, I can understand why people would want to know how I feel about this.” Ariel Helwani explained. “But I’ve just had a hard time responding to a tweet or to formulating my thoughts on social media. So I thought I would make a video to try and explain how I feel about it (Gina Carano’s comments).”

“Obviously I am very disappointed in what she posted. To be honest I haven’t agreed with a lot of the things she has posted over the past year. This last post, essentially comparing being a Republican in America, or having a certain political view, to being a Jew in Nazi Germany during World War 2 is asinine. It is an absolutely crazy comparison to make and is completely insensitive to think that Jewish people and other minorities as well, not just Jews, but in this particular post Jews were the ones discussed, had to hide in attics and in gutters and had to be separated from their families and murdered six million of them. Umm.. to compare that to what is going on in this country is just a very tone deaf analogy to make, to put it mildly. Now I am not one, I am not into the whole cancel culture and all of that. I am not here to talk about someone’s employment or something like that. I am hear to talk about the comment. The statement. The analogy.

“As a Jewish person, and as a human being, it just doesn’t sit well. And I wish she would have never posted that. And quite frankly I wish someone would have talked to her about her social media posts over the past year. Some of them not even political. Just in general, they felt off to me. I am sorry she has gone down this path.”