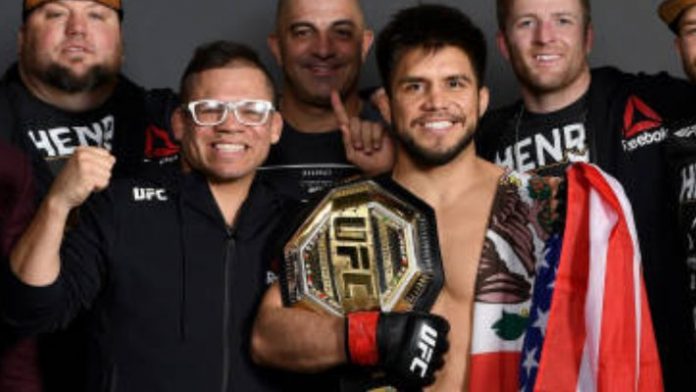 Anders returns to the Octagon on March 13 when he meets Darren Stewart at UFC Fight Night: Edwards vs. Muhammad. As part of his training camp for the fight, he got some work in with Cejudo and his coach Eric Albarracin. Speaking to James Lynch of MMA News, Anders praised Cejudo for his coaching abilities and also said that he’s a completely different person in real life than the ‘king of cringe’ he portrays himself on social media.

“Yeah man, I worked with Cejudo quite a bit. I don’t know if coaching is a thing he wants to do in the future, but man I think he’d make a great coach. He’s got the pedigree, two championships, and an Olympic medal. A championship in two weight classes. When he speaks people are going to listen. So he’s already got the platform. And again, what you see with his persona, Cejudo is a totally different person in real life. I hope I’m not killing his image or whatnot. But man, I was actually blown away by both him and Eric, Captain Eric, by the people they actually are versus what you see, that persona they present. They’re not the same person,” Anders said.

Cejudo is currently retired, but he has left the door open to returning to the Octagon for a big fight. Namely, a fight against UFC featherweight champion Alex Volkanovski in an attempt to make UFC history and win three belts. In the meantime, it sounds like Cejudo is keeping in shape and training with the guys, leaving room for a comeback. When it’s all said and done, it sounds like he has the makings of a great coach. But in the meantime, he’s probably just enjoying staying retired, training, and trolling his rivals on social media.

Do you think Henry Cejudo will make the transition into coaching when he’s all said and done with competing?