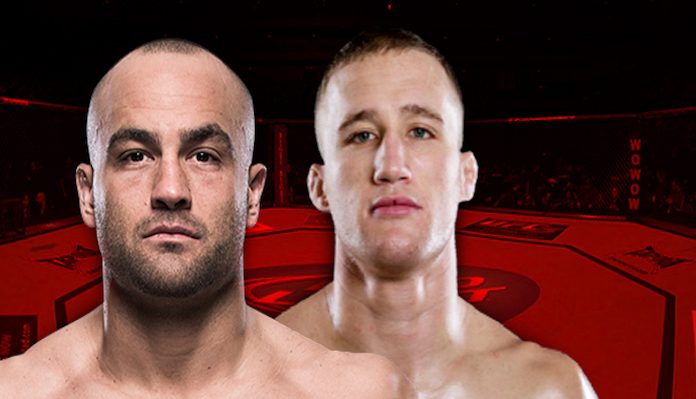 Eddie Alvarez said that he believes Justin Gaethje is the most exciting fighter in the UFC and he wants to see his former opponent get paid more.

Alvarez and Gaethje fought each other in an absolute war back at UFC 218 in December 2017. At the time, Gaethje was an undefeated rising star while Alvarez was looking to bounce back into title contention. It was a fight for the ages, with Alvarez eventually winning via third-round KO (knee), handing Gaethje his first career loss.

The two developed an incredible respect for each other after that fight. Now, after Gaethje finished Donald Cerrone in the main event of UFC Vancouver, Alvarez had more praise for his former foe.

The former UFC and Bellator champ and current ONE Championship star took to his Twitter late Saturday night and had this to say about his former rival. Here’s what Alvarez said.

Say what you want Justin is the most entertaining fighter to watch in whole UFC . Hope he’s getting paid soon 👊🏻👊🏻👊🏻💰💰💰💰

“Say what you want Justin is the most entertaining fighter to watch in whole UFC . Hope he’s getting paid soon“

That’s incredibly high praise from the former UFC champ, who recently signed with ONE for a new challenge and for a more lucrative contract than what the UFC offered him.

It’s hard to disagree with what Alvarez said. Gaethje has had six fights in the UFC, and he’s won seven bonuses in that time. Gaethje has won four Fight of the Night awards as well as three more Performance of the Night awards. There’s no other fighter in the UFC who has won that many bonuses to open up their career in the Octagon, and the string of bonus-award winning performances Gaethje is on is nothing short of incredible.

As for his contract, Gaethje hasn’t complained about how much the UFC is paying him. But there’s no doubt he deserves to be one of the most highly-paid fighters in the UFC.

Do you agree with Eddie Alvarez that Justin Gaethje is the most exciting fighter in the UFC?