Lightweight star Eddie Alvarez is open to anything next.

‘The Underground King’ has been out of action since his decision loss to Ok Rae Yoon at ONE on TNT 4 last April. The bout set Alvarez back to 1-2 (1 NC) in the ONE Championship cage. As it turns out, that was the last time he would fight in the promotion.

Earlier this week, the 38-year-old was released by ONE Championship. The decision wasn’t made due to Alvarez’s recent struggles in the cage. Instead, he asked for his release due to a want to end his career in the United States.

Those former promotions are Bellator and the UFC. Alvarez was famously a champion in both organizations and ended on good terms with both. It seems that the former titleholder is keeping his options open in regard to his next destination. 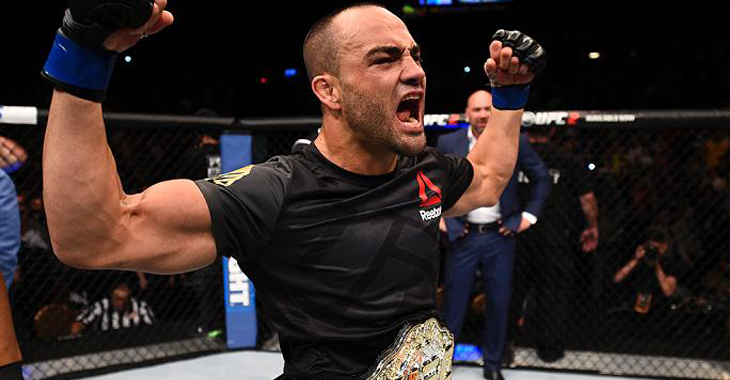 He complained, “One-hundred percent [we’re on good terms]. I’ve only had one bad split with one company, and it was public. Everybody knew about it. I never want to be involved in anything like that again. I never did ever since then, and I don’t think I ever will. I’m an adult. I know the sport, I know the business. I try to add value to whatever promotion I go to. The people that I sign with, they know that. Besides the one promotion, I never really had a reason to butt heads with anybody.”

He concluded, “Yes [I would return to the UFC]. Yeah [I would go back to Bellator]. My messy divorce was with Bjorn Rebney, it wasn’t with Scott Coker. I was freed by Scott Coker. My issue was never with Bellator the name — I had a spat with the president and that president got fired. But as long as there’s big fights and big names involved in that company, I’ll more than likely say yes and keep my options open.”

Where do you want to see Eddie Alvarez end up? Sound off in the comment section below!

This article appeared first on BJPENN.COM
Previous articleChris Avila rips “piece of s*it” Khamzat Chimaev for missing weight against Nate Diaz at UFC 279: “That was 2-0 for Nate”
Next articleMackenzie Dern claims Mark Zuckerberg has rented out the entire UFC Apex to watch UFC Vegas 61
© Newspaper WordPress Theme by TagDiv