Dwayne ‘The Rock’ Johnson announces historic partnership with the UFC

Dwayne ‘The Rock’ Johnson has announced a historic shoe partnership with the UFC.

Johnson has collaborated with popular sports manufacturer Under Armour for a few years now, creating a brand dubbed “Project Rock” that has seen clothing, gym accessories, and sneakers made reminiscent of the actor’s style. Johnson’s brand has now taken a huge step, as it’s the official footwear partner for the UFC.

Johnson took to social media on Friday morning to make the announcement. The 49-year-old former professional wrestler also revealed that the partnership begins this weekend at UFC 270.

HISTORIC.
I’m honored & proud, my @ProjectRock is the OFFICIAL GLOBAL FOOTWEAR PARTNER of the @UFC 🌍
Starting this weekend at #UFC270 NGANNOU vs GANE, all athletes & teams will rep @ProjectRock footwear.
Engineered for the HARDEST WORKERS IN THE ROOM who WALK THE WALK.
~ dj 💪🏾 pic.twitter.com/TInm2iwEz4

The announcement comes at a time when the UFC’s athletic wear has been radically changing. The promotion notably had Reebok become the official athletic sponsor for fighters in 2015, but their partnership expired in 2021. The UFC in turn decided to go with fellow sports giant Venum to make the new fight kits for the promotion.

However, while the clothing partnership with Reebok expired in 2021, the footwear sponsorship was still active up until last week. The ending of their deal left the door open for Dwayne Johnson and Project Rock to swoop in and become the UFC’s official footwear partner. 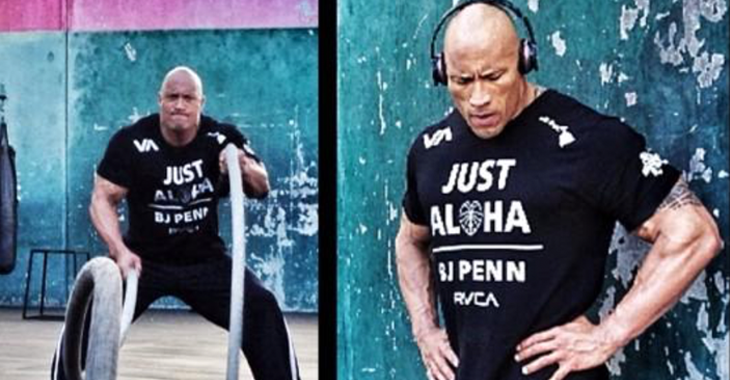 It’s worth noting that this is the second time that Johnson and the UFC have worked together. The actor previously worked with the promotion for UFC 244, where he was the presenter of the one-off BMF title. ‘The Rock’ also was present for staredowns and presented Jorge Masvidal with the championship following his main event win over Nate Diaz.

During UFC 244 fight week, Johnson also announced his intention to work with the company on a movie about former fighter Mark Kerr. The film was supposed to be developed through Johnson’s Seven Bucks Productions film studio, but there have been no announcements on the film since 2019.

What do you think about this partnership between Dwayne Johnson and the UFC?

This article appeared first on BJPENN.COM
Previous articleDana White responds to Mark Hunt’s unique ultimatum: “That sounds like that’s gonna happen”
Next articleColby Covington vows to put Jorge Masvidal in the hospital after UFC 272: “He’s in for a rude awakening”
© Newspaper WordPress Theme by TagDiv